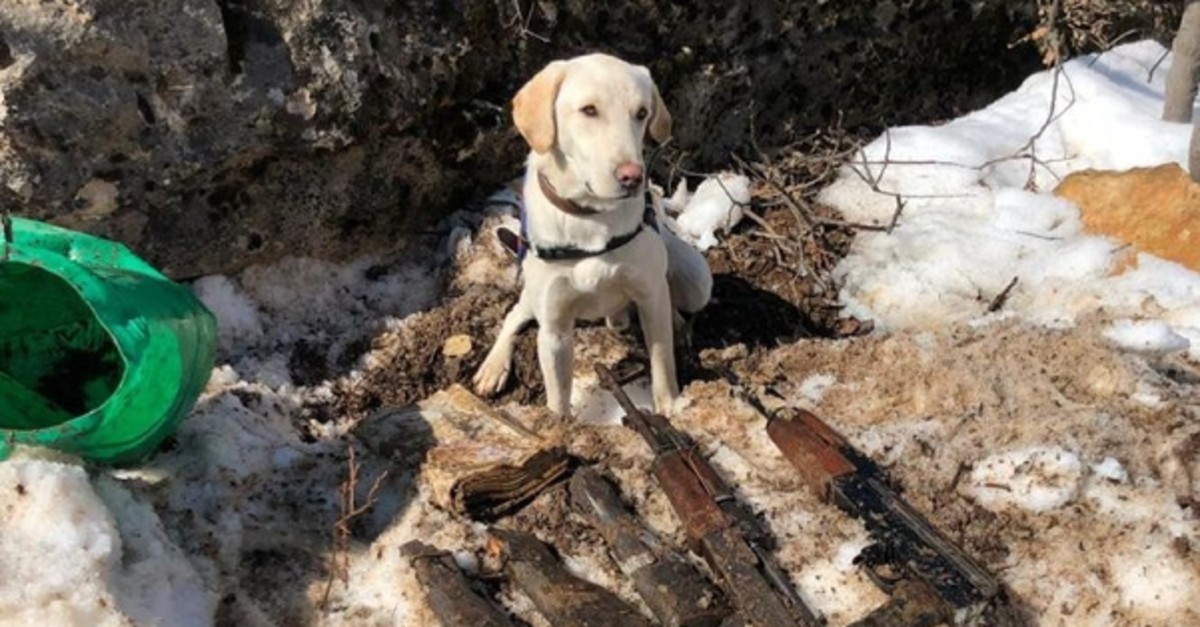 The shelters, one of which was made by carving into a tree trunk, were found in rural areas of Eruh district in Siirt province.

The PKK terror group used the shelters to store ammunition, the statement said.

Ammunition found in the shelters – including anti-personnel rocket launcher ammunition, three rocket launcher propelling cartridges, weapons and rifles – were confiscated by security forces along with the documents and other items belonging to the terror group.

The PKK is listed as a terrorist organization by Turkey, as well as the U.S. and EU. In its decadeslong terror campaign against Turkey, over 40,000 people, including women and children, have been killed.