PKK still a terrorist group, State Dept says as US continues to back its Syrian wing 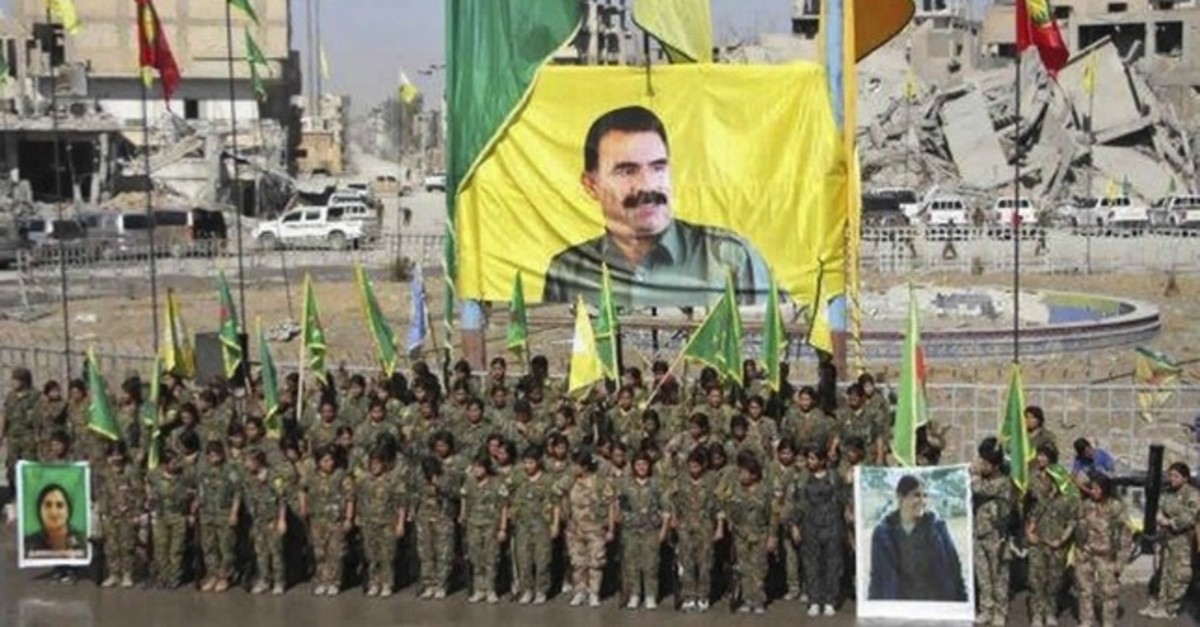 YPG members stand under a portrait of their PKK Abdullah u00d6calan, as they celebrate victory against Daesh in Raqqa, Syria. (AP Photo)
by Daily Sabah Mar 01, 2019 11:40 pm

The U.S. State Department released a statement Friday which said the PKK remains a terrorist group, even though Washington continues to actively support its Syrian wing, the People's Protection Units (YPG).

"The Department of State has reviewed and maintained the Foreign Terrorist Organization (FTO) designation of the Kurdistan Workers' Party (PKK), pursuant to Section 219 of the Immigration and Nationality Act (INA), as amended (8 U.S.C. § 1189). The PKK was originally designated as an FTO in 1997," the statement said.

"Today's actions notify the U.S. public and the international community that the PKK remains a terrorist organization. In addition to its continued status as an FTO, the PKK has also been designated as a Specially Designated Global Terrorist under Executive Order 13224 since 2001," the department added.

Contradicting the country's "steadfast support" to the YPG terrorist group, which is the Syrian wing of the PKK, the statement claimed that "the U.S. has worked with Turkey and other Allies to counter the terrorist threat from the PKK," and that the "U.S. maintains a strong commitment to our partnership with our NATO ally Turkey, including fighting PKK fundraising operations in Europe and elsewhere."

Ankara has long told Washington that the YPG is no different from the PKK and that partnering with one terrorist group to fight another is unacceptable.

The Democratic Union Party (PYD) and its armed branch the YPG are the Syrian wings of the PKK terrorist group but the U.S. does not recognize it as such, U.S. Special Representative for Syria James Jeffrey confessed in November.