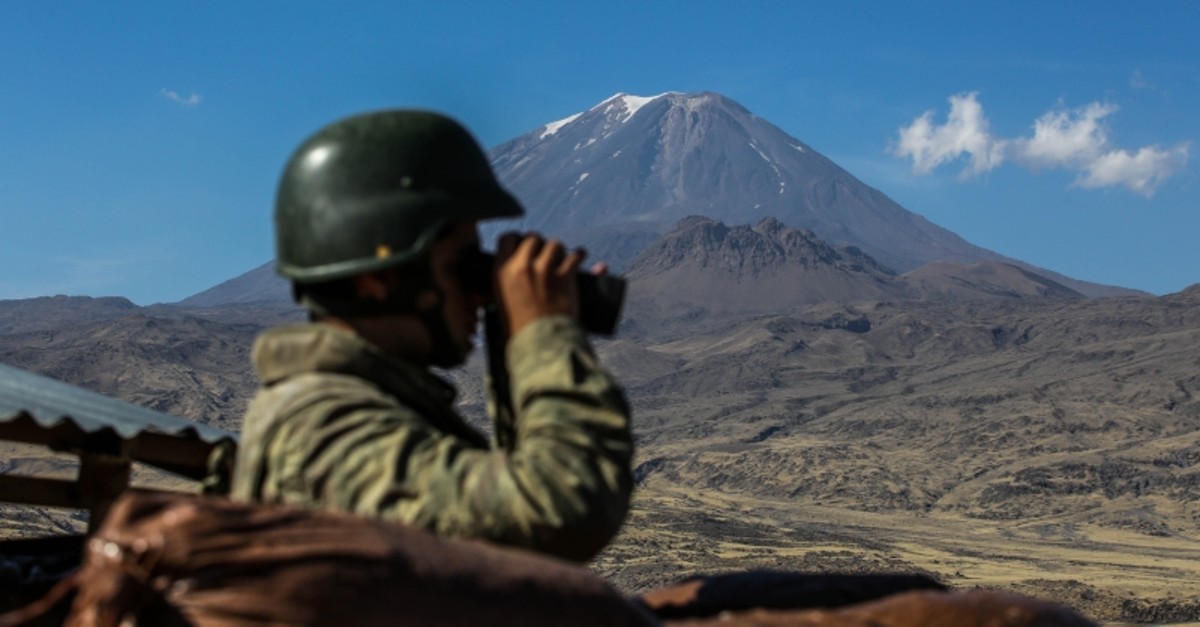 Soylu told the Anadolu Agency's (AA) Editors Desk that the two countries will conduct an operation, but did not give further details.

"In recent days, some Iranian officials came to Turkey to discuss regional issues. We mulled over the steps to be taken in relation to the joint operation," Soylu said.

Pointing out that Iran does not have any discomfort over the border security walls built due to the PKK threat in Iraq, Soylu stressed the importance of keeping open communication channels between the intelligence agencies of Ankara and Tehran on the issue.

He also condemned the PKK for recruiting child soldiers as young as 14-years-old.

Soylu said there are about 700 terrorists in the country, noting that Turkey has taken intensive measures to prevent the entry of terrorists.

"Only 12 [PKK members] entered Turkey since January," he added.

PKK and its Iranian affiliate, the Kurdistan Free Life Party (PJAK) use the Qandil mountains, located roughly 40 kilometers southeast of the Turkish border in Iraq's Irbil province, as headquarters for the terrorist group.

Although the PKK was headquartered in Syria until 1998, currently, the terrorist organization is now controlled from its headquarters in northern Iraq's Qandil Mountains. The Kurdistan Communities Union (KCK) serves as an umbrella group for terrorist groups functioning under the names of the PKK in Turkey, the Kurdistan Democratic Solution Party (PÇDK) in Iraq, the PJAK in Iran and the Democratic Union Party (PYD) in Syria and its armed wiing the People's Protection Units (YPG), which currently control some one-third of the Syrian territory and dominate the U.S.-backed Syrian Democratic Forces (SDF) group.

Formed in 1978, the PKK terrorist group has been fighting the Turkish government for an independent state, although it shifted its goal towards autonomy in later years. Its terror campaign has caused the deaths of more than 40,000 people. The PKK is listed as a terrorist organization by Turkey, the U.S., and the European Union.