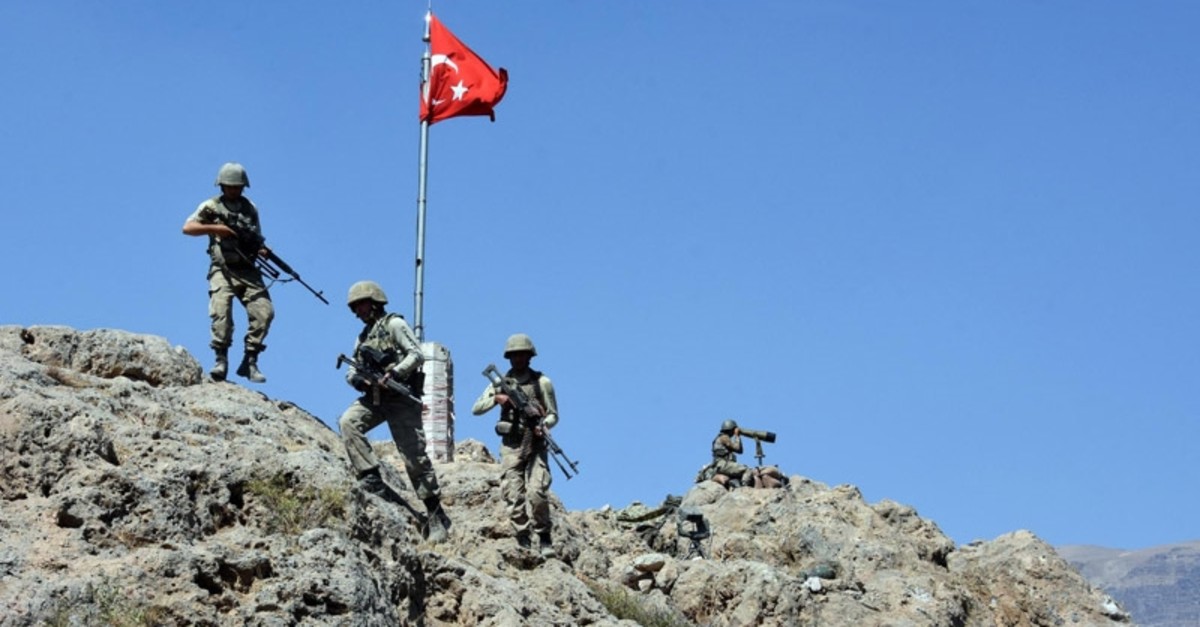 The YPG/PKK terror group made 12 attempts to attack Turkey with drones over the past two weeks according to security sources.

Terrorists used drones from the east of Euphrates River in northern Syria, said the sources, who asked not to be named due to restrictions on speaking to the media.

All of the attempts were foiled by the Turkish military and there were no casualties, the sources added.

The attempts by YPG/PKK terrorists were made to target Turkish military bases in the country's southeastern part, including that in Silopi district of Şırnak province, Islahiye district of Gaziantep, Suruç and Birecik districts of Şanlıurfa.

The attacks by YPG/PKK give Turkey the right of self-defense said Murat Aslan, a researcher at the security studies directorate of the Ankara-based SETA Foundation for Political, Economic and Social Research and a faculty member at Hasan Kalyoncu University in Gaziantep.

"Therefore, Turkey can take any kind of measure to stop such attacks," Aslan stressed.

In its more than 30-year terror campaign against Turkey, the PKK, listed as a terrorist organization by Turkey, the U.S. and the EU, has been responsible for the deaths of some 40,000 people, including women and children. The YPG is its Syrian branch.

The U.S. currently has more than 2,000 troops deployed in Syria.