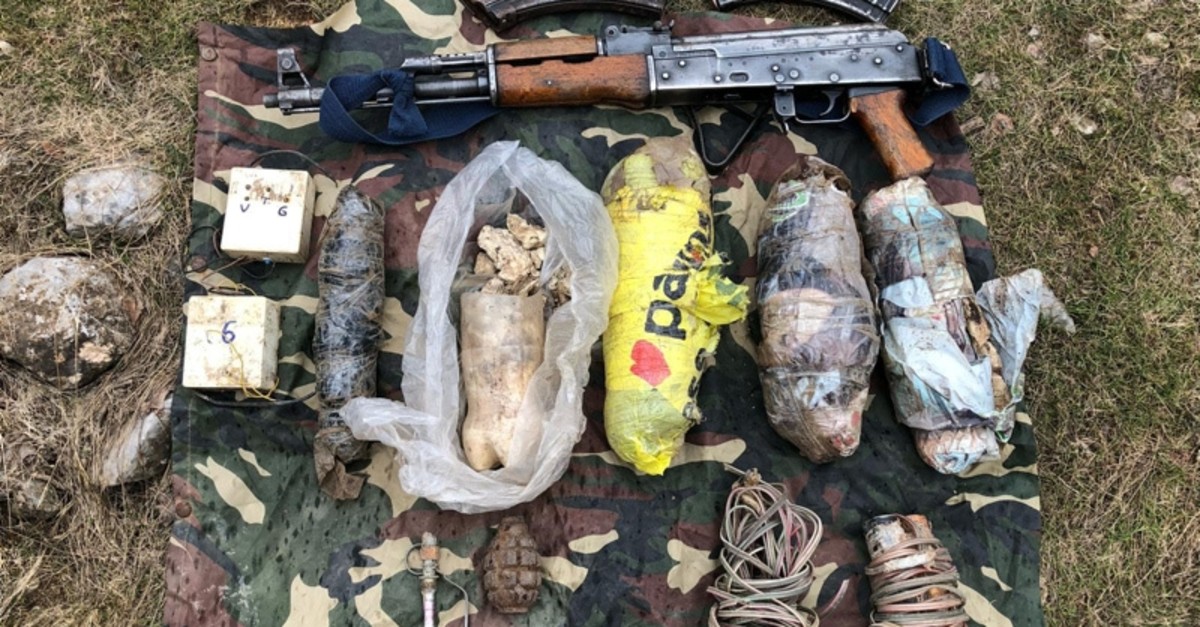 Security forces have destroyed eight shelters and positions belonging to the PKK terrorist organization during an anti-terror operation in southeastern Turkey's Hakkari province, the provincial governor's office said in a statement Thursday.

The provincial gendarmerie forces conducted the operation in rural areas of the Sarıkaya and Yediveren villages of the Yüksekova district on Wednesday.

During the same operation, the security forces also detained eight irregular migrants – three from Iran and five from Sierra Leone – who were trying to illegally enter into Turkey, the statement said.

Meanwhile, seven PKK members who escaped from the terror group's camps surrendered to security forces at the Habur border gate near the Silopi district of southeastern Şırnak province, reports said.

The PKK is listed as a terrorist organization by Turkey, the U.S. and the EU. In its decadeslong terror campaign against Turkey, the group has been responsible for the deaths of more than 40,000 people, including women and children.