US resolute in maintaining support to YPG terrorists despite Syria pullout 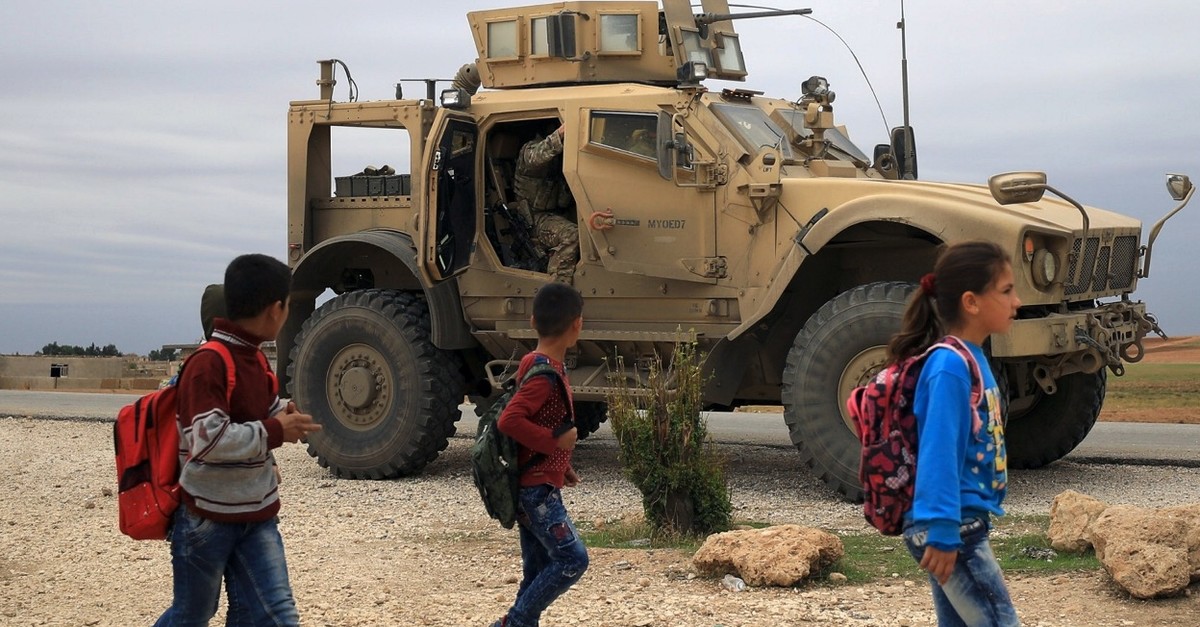 Despite an announcement on withdrawing from Syria after declaring victory against Daesh, the U.S.' designated military budget suggests it is determined to continue supporting the YPG terrorists on the ground

The amount of Washington's monetary support allocated for the train-and-equip program of the Syrian Democratic Forces (SDF), predominantly led by the PKK-affiliated People's Protection Units (YPG), remained the same. This proves that Washington will continue to side with the terrorist organization on the ground despite announcing the defeat of Daesh and the withdrawal of U.S. troops from Syria. On Tuesday, the Pentagon released its budget documents for 2020, allocating $300 million for the training-and-equipping of the YPG and another $250 million to support the border security of the countries neighboring Syria.

The 30 percent cut in the train-and-equip program was only made from the budget allocated for forces in Iraq while the budget for Syria has not changed compared to last year, although the fight against Daesh nears an end, raising questions on the continuation of Washington's support to the YPG after the pullout. The amount of money allocated in the Pentagon's budget for the SDF's train-and-equip program was $250 million in both 2017 and 2018. The funds will "ensure an enduring defeat of [Daesh in] Iraq and Syria and allow flexibility for a deliberate, coordinated, disciplined withdrawal from Syria," the Pentagon said. The U.S. has been a warring party in Syria since 2014 with the initial aim of supporting the opposition with non-lethal aid including a train-and-equip program against the Syrian regime along with France, the U.K. and Canada. However, Washington's help was swiftly transformed into arms support.

The U.S.' Syria policy, especially its military support for YPG terrorists, has been a cause of tension between Ankara and Washington. Ankara argues that one terrorist group cannot be used to fight another. Turkey sees the YPG as an extension of the PKK, which has claimed the lives of more than 40,000 people in a 30-year terror campaign.

The U.S., however, while listing the PKK as a terrorist group, opted to continue its steadfast militarily support for the terrorist organization, by providing truckloads of military supplies and military training, under the pretext of fighting Daesh despite the warnings of its NATO ally.

In December, U.S. President Donald Trump announced that the U.S. would withdraw its troops from Syria, saying that Daesh is defeated. The withdrawal decision, however, was quickly also interpreted as an intention to halt U.S. support for the YPG. Trump's sudden decision prompted divergent voices and criticisms suggesting that Daesh persists to be a threat and it is a betrayal for their ally on the ground.

Days after, Secretary of Defense James Mattis and U.S. special representative Brett McGurk also resigned. The decision was also faced with resistance in the Pentagon and U.S. Central Command (CENTCOM), with efforts to water down the pullout process. YPG follows Assad regime, Daesh in atrocities against humanitarian workers

The Syrian Network for Human Rights' (SNHR) report published yesterday unveiled that the YPG comes third in the ranking of organizations committing human rights violations against employees of humanitarian aid agencies after the Bashar Assad regime and Daesh.

The report documented that 1,109 humanitarian employees were killed while some 3,984 are still being detained by various parties. While the report stated that the regime forces deliberately targeted humanitarian employees, the YPG followed the regime and Daesh in terms of violations against those people. According to the report, the YPG has killed nine employees and detained 32 others while it also attacked four centers of humanitarian aid agencies. On Tuesday, the U.N. also expressed grave concern over the situation of the people living in the YPG-held Al-Hol camp in northeastern Syria due to the inhuman conditions. Babor Baloch, the spokesman for the U.N. High Commissioner for Refugees (UNHCR), said in a news conference that the humanitarian situation in Al-Hol camp, where an estimated 65,000 people are living, was desperate.

Herve Verhoosel, the spokesman of the World Food Program (WFP), stressed that the organization was worried about tens of thousands of people in the camp, adding that they did not know the exact number of people who had died in the camp.

Complaining about insufficient health facilities in the camp, Tarik Jasarevic, the spokesman of the World Health Organization (WHO), also underlined that "106 children had died upon our arrival or on their way to the camp since 2018 and hundreds of children in the Syrian city of Hasakah were taken to hospitals in the same time." Since April 2017, the YPG terror group has placed civilians fleeing Daesh terrorists and family members of Daesh in the

Al-Hol camp. While admitting the asylum seekers into the camp, the YPG adopts a humiliating attitude toward the residents. Due to the grave conditions of the camp and inhumane practices, 100 children and 10 women have lost their lives so far.