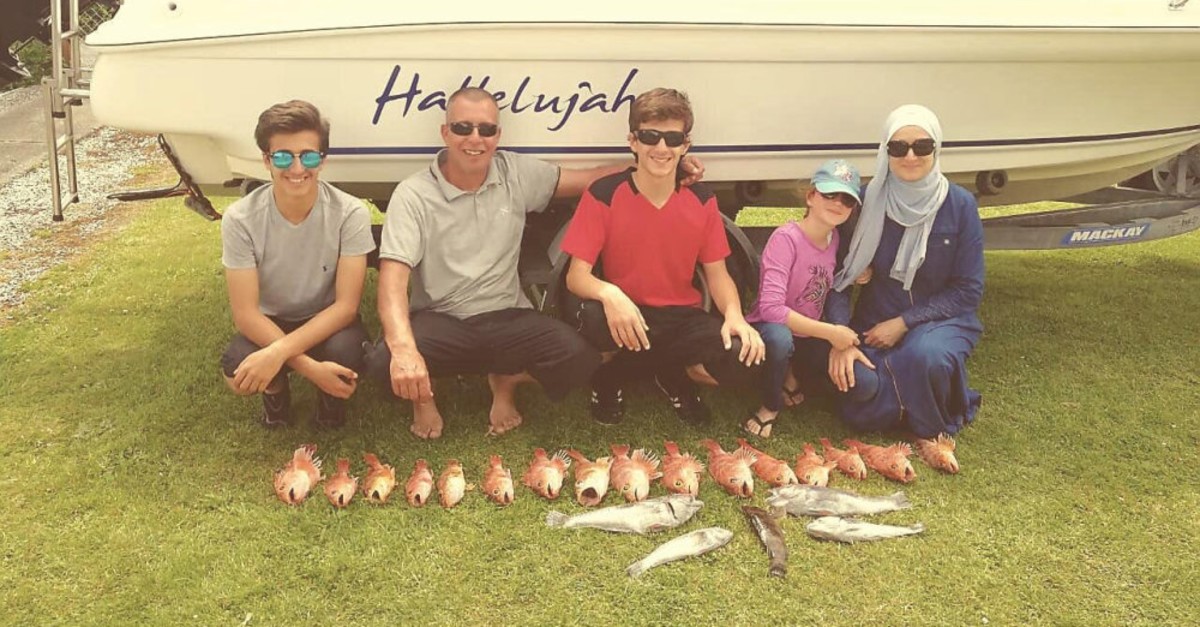 The Hacu0131mustafa family, above, is a Circassian family who have been killed at New Zealand's mass shooting, after generations of suffering as migrants.
by Daily Sabah with Agencies Mar 20, 2019 12:17 am

The Circassian victims of the terrorist attack at the Al Noor mosque in New Zealand were able to escape from suffering in Syria only to face a brutal end a world away.

Speaking to Sabah newspaper, Mecid Muhammed, a relative of the family who lost his sister's family in the terrorist attack expressed the years of family struggle. Stressing that as a family their ancestors settled in Syria under the Ottoman Empire during the Circassian exile in Russia 180 years ago, Muhammed underscored he and his sister's family fled Damascus and the Golan Heights in Syria six years ago when the civil war broke out. He added while he resettled in Turkey's Yalova, his sister, Selva Hacımustafa, and her family took shelter in Jordan.

Underscoring his sister's husband was a famous racehorse trainer and her son was a jockey with numerous awards, Muhammed added that the government of New Zealand chose his sister's family and invited them to live in the country; however, they became the victim of a terrorist attack.

Muhammed underscored that his sister lost her son, Hamza Hacımustafa and her husband, Halit Hacımustafa, in the attack, while her youngest son, Ziyad Hacımustafa, 12, was wounded by the terrorist.

Muhammed stressed that Turkey has treated them well but he wants to visit his sister and support her. She lost her family and is alone, he said.

Another survivor of the terrorist attack on the Al Noor mosque spoke about the horrendous moments during the attack and underscored that the terrorist tried to shoot him twice but God protected him.

Abdi Jamal Afi told Anadolu Agency (AA) that he came face to face with the terrorist and tried to enter the mosque to warn the others, however, the terrorist shot him twice.

He pointed out that none of the bullets hit him but he broke his knee while trying to escape from the bullets, saying that God protected him. Nabi underlined that the terrorist killed someone who had greeted him in the mosque and later swept the whole mosque, killing people one by one by aiming at their head or heart.

Stressing that he immediately called the police and ambulance, Nabi highlighted that the terrorist continued to shoot for 20 minutes until the ambulance and the police arrived.

"They were only innocent people who were praying to God. We could not protect them," he said.