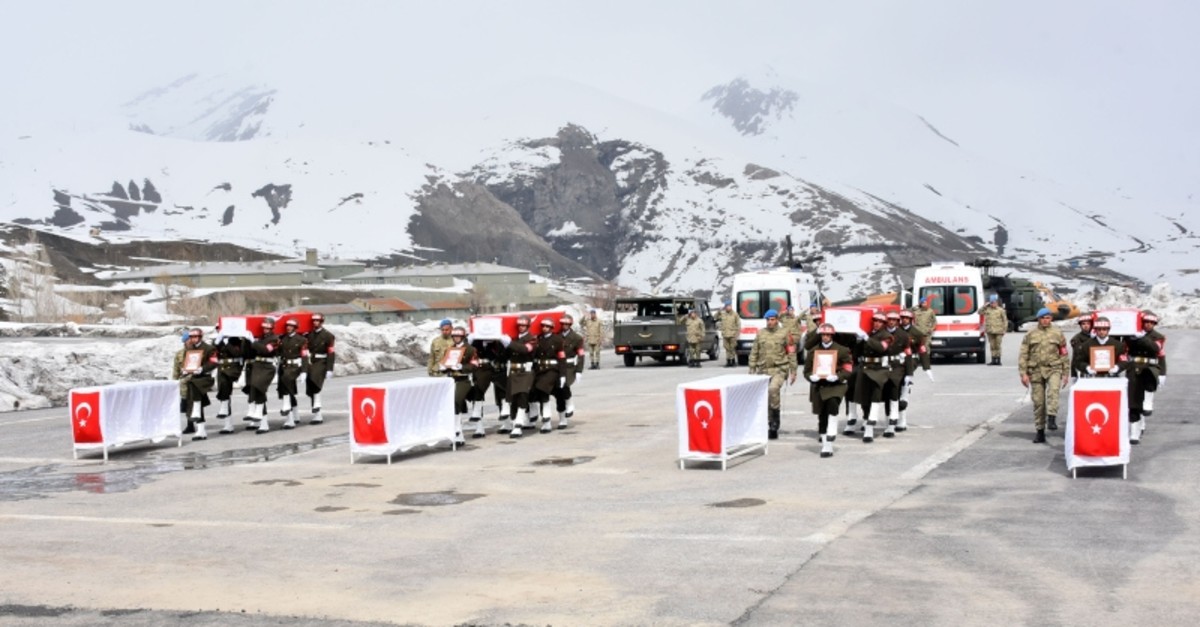 Four Turkish soldiers were killed in action on Friday during operations that neutralized at least 20 PKK terrorists in the Turkey-Iraq border area.

The ministry had initially announced that two soldiers had been killed but later said that two other soldiers had succumbed to their injuries at a hospital.

The statement said the terrorists came under heavy fire from Turkish air operations and fire support.

A statement read at the funerals of the fallen soldiers, held in southeastern Hakkari province, said the terrorists were killed in northern Iraq's Zap region.

The Defense Ministry also extended condolences to the families of the fallen soldiers and wished a speedy recovery to the wounded.