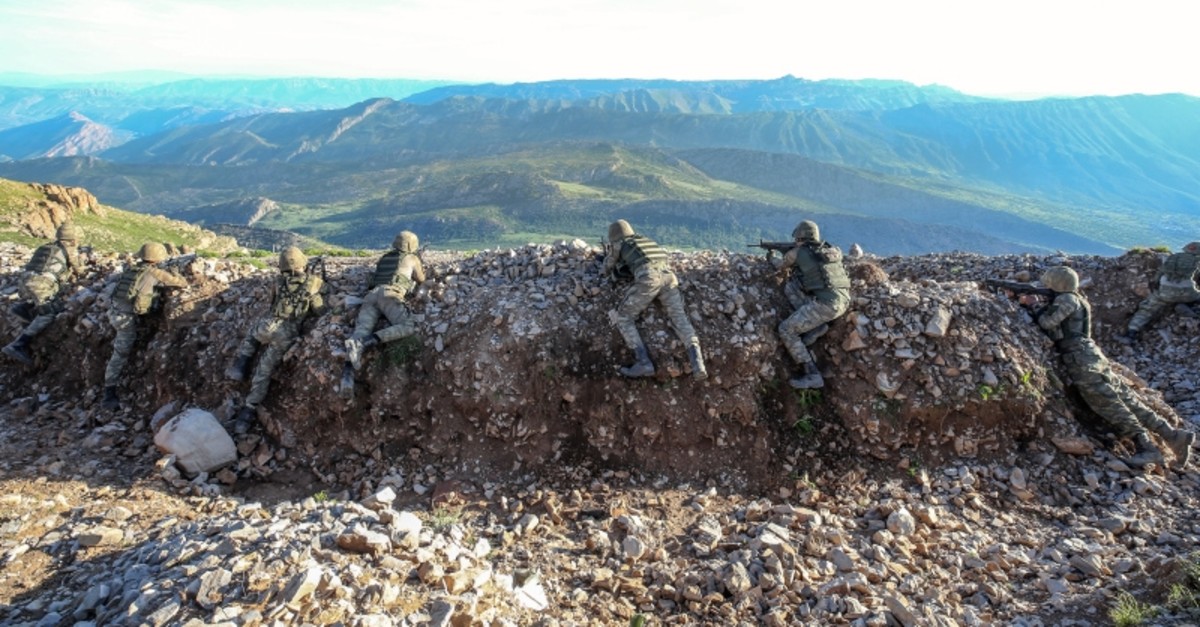 Turkish security forces have neutralized 154 terrorists since April 4, the Ministry of Defense said in a statement Monday.

A Defense Minister official on Monday said Turkish fighter jets neutralized 14 PKK terrorists in northern Iraq. An air operation in the Zap region late Sunday neutralized terrorists who were hiding out in a cave, Col. Tamer Zincir told reporters in the capital Ankara.

Operations are ongoing to clear the PKK terrorist group from the region, particularly along Turkey's southeastern border with Iraq.

The Turkish military regularly conducts cross-border operations in northern Iraq, a region where PKK terrorists have hideouts and bases from which to carry out attacks in Turkey.

In one particularly aggressive operation in the Iraqi border region on April 19, four Turkish soldiers were killed in action and at least 20 PKK terrorists were neutralized.

Turkey's operations against YPG in Syria

Col. Zincir also said Monday that 322,762 Syrian citizens voluntarily returned to their homes thanks to Turkey's efforts to normalize daily life in the Afrin district of northern Syria.

In the region where Turkey conducted Operation Olive Branch, 4,612 terrorists have been neutralized since the operation began, Zincir said.

Turkey launched Operation Olive Branch on Jan. 20, 2018, to remove the PKK-affiliated People's Protection Units (YPG) from Afrin. The Turkish military and the Free Syrian Army (FSA) entered Afrin town center and liberated it from terrorists on March 18, 2018. Since the operations, Turkey has been rebuilding the town's infrastructure and health and education institutions.