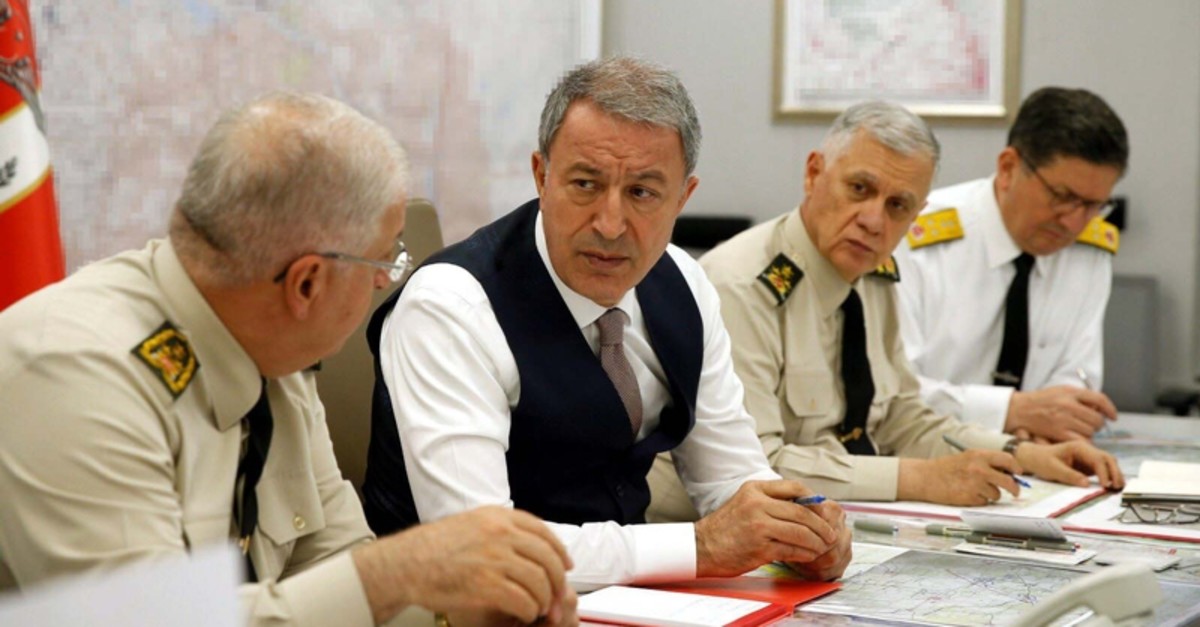 "The 23 YPG/PKK terrorists who carried out the attack were neutralized as a result of our response in the region and our operations both in Turkey and abroad continue with great determination," Akar said in a statement.

"A total of 28 YPG/PKK terrorists were neutralized during the ongoing operations in [Turkey's southeastern] Hakkari and [Syria's] Tel Rifaat provinces."

Earlier Saturday, three Turkish soldiers were martyred and one was injured in a PKK terrorist attack in Turkey southeastern Hakkari province.

Meanwhile, two soldiers were wounded in mortar fire near an Observation Point south of the De-escalation Zone in Idlib, the defense ministry said.

In its more than 30-year terror campaign against Turkey, the PKK has been responsible for the deaths of nearly 40,000 people, including many women and children. The YPG/PKK is its Syrian branch.