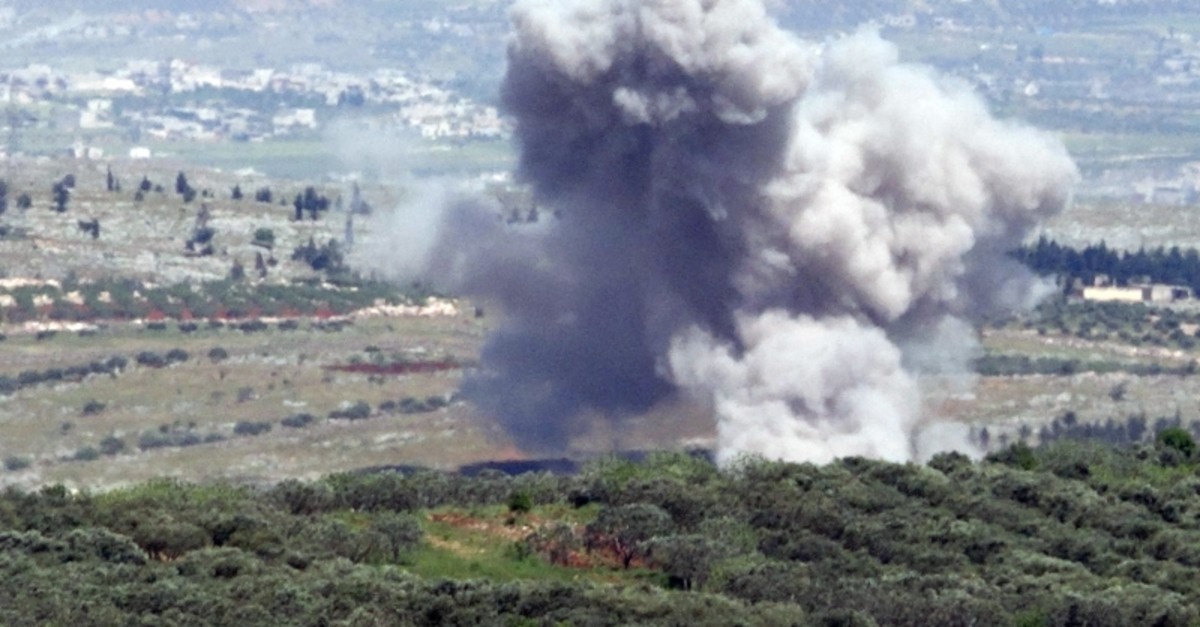 Seven Syrian civilians were killed in attacks carried out by the Assad regime in the Idlib de-escalation zone in violation of the Sochi deal made between Russia and Turkey, media reports said Friday.

The regime and its Iran-backed militia allies launched airstrikes and land assaults, targeting civilian settlements in Kafr Nabl, Kafr Rumah, Ihsem and Kansafra villages in southeastern Idlib and in the outskirts of Tarmala, Bsekla, Has, Maarrat Hurmah, Iblin, Nuqayyir villages along the northern and western rural sides of Hama province.

White Helmets, a Syrian civil defense volunteers group, said that five civilians were killed by barrel bomb attacks in Ihsem town in southeastern Idlib while another two were killed in northern Hama province and in Al Suhriyye village.

In September, President Recep Tayyip Erdoğan and his Russian counterpart Vladimir Putin hammered out the Sochi agreement to establish a demilitarized zone in Idlib in order to decrease tension and prevent a new conflict in the province. Russia was committed to preventing the Assad regime's aggression as a guarantor.

The deal was internationally praised as it prevented a looming humanitarian disaster that would have resulted from a regime offensive. In line with the Sochi agreement, opposition forces withdrew their heavy weapons on Oct. 10.

Nevertheless, the Assad regime continues its assault on the de-escalation zone. According to a report published by the Syrian Human Rights Network (SNHR) on April 2, some 135 civilians were killed in March 2019 in attacks by the Assad regime, Iran-backed terrorist groups, and Russia.

According to the Syria Intervention Coordinator, a local civil society organization, some 160,583 people from 25,776 families had to migrate to surrounding areas along the Turkish-Syrian border to escape attacks between Feb. 9 and April 6.