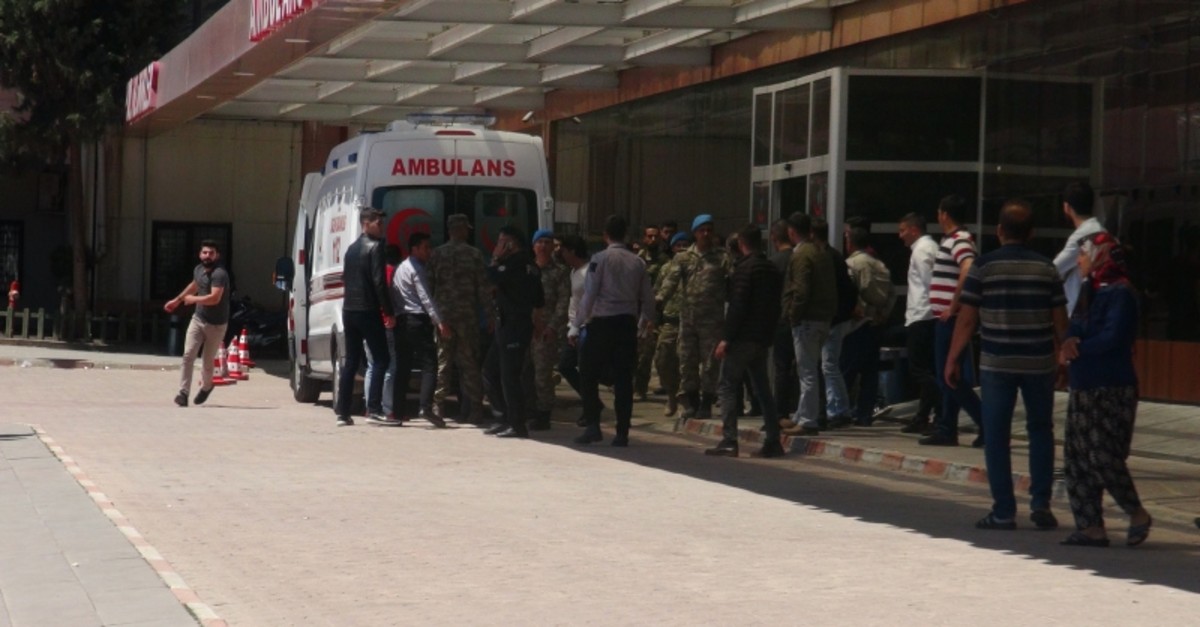 One lieutenant was killed and a major was severely injured in clashes between the Turkish Armed Forces (TSK) and the PKK-linked People's Protection Units (YPG) in Syria's Tel Rifaat Saturday.

In a statement, the Ministry of Defense said one of their comrades was "martyred" and another was critically wounded after YPG terrorists opened fire on Turkish forces in the Operation Olive Branch zone.

Artillery units are currently retaliating to the fire on the Turkish-Syrian border, it added.

In a later statement, the ministry said three Turkish soldiers near the border in southeastern Hakkari province were also killed after YPG terrorists launched mortar attacks from northern Iraq. A wide-scale air-supported counter-terrorism operation has been launched in the region in retaliation and jets are striking YPG targets, the ministry said.

The YPG, PKK's Syrian branch, has managed to occupy one-third of Syria under the guise of fighting against Daesh with U.S. support.