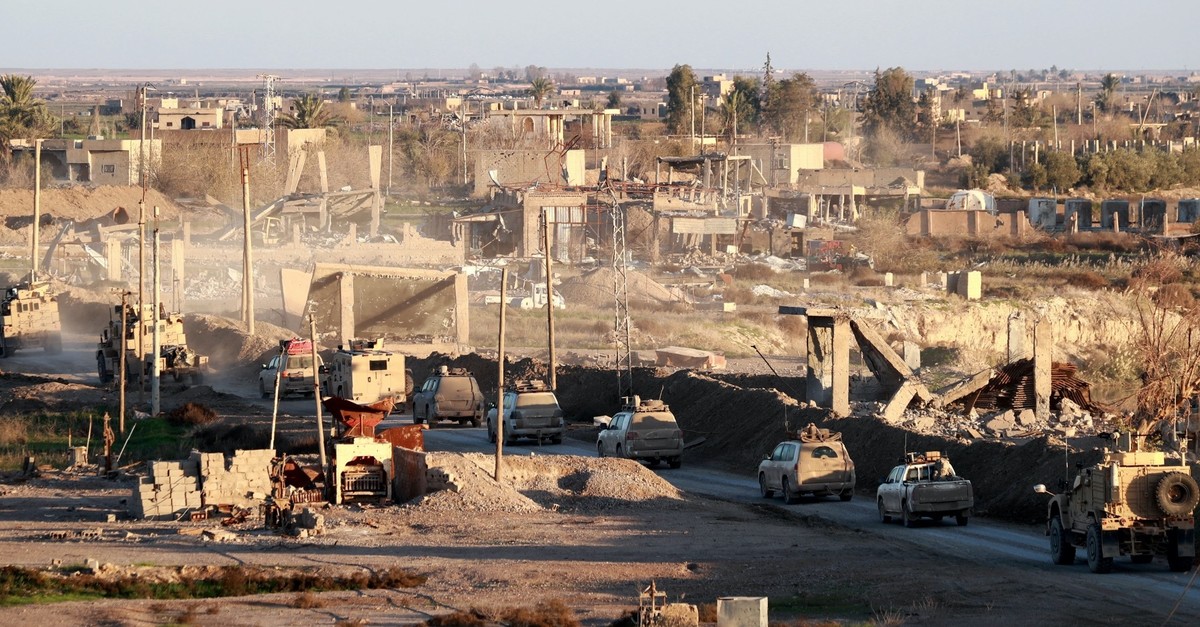 The Arab population in northern Syria has protested the YPG decision to deprive the local community of oil revenues, which the group uses to help the Syrian regime and enrich themselves

The third week of protests in eastern Syria's Deir el-Zour province against the PKK-affiliated People's Protection Units (YPG) are now on the verge of transforming into huge unrest. The Arab inhabitants and tribes of the province have long been disgruntled by the YPG's Kurdish officials' discriminatory policies against them in local administrations and deficiency in basic services despite a huge amount of oil revenue siphoned by the YPG in the oil trade with the Bashar Assad regime. The protests initially erupted weeks ago in several towns and villages from Busayrah to Shuhail, and now have spread to other areas of Deir el-Zour. The U.S.-backed YPG has long had serious problems with the Arabic tribes, especially in northern Syria.

The oppressive practices of the terrorist group, including arbitrary arrests and forcible conscription often cause trouble among highly Arab-populated cities in the country. In the latest protests, depriving locals of oil revenue has played a major role.

Reuters reported yesterday that the demonstrators chanted "No to the theft of our oil!" in a recent protest in the town of Greinej against the YPG.

About 70 percent of Syria's oil resources lie within territories currently occupied by the YPG. The terrorist organization holds the eastern part of Deir el-Zour province, one of Syria's largest energy sources. There are 11 large oilfields on the eastern side of the Euphrates, which cuts the province in two. These oilfields make up around one-third of energy sources in Syria.

However, the revenue generated from this deal has been funneled to the YPG to be spent for the terrorist organization's expenditures, which have been triggering a growing restiveness in recent months.

"We are deprived of everything, while the Kurds are selling our oil to help the regime and enriching themselves," said Abdullah Issa, a protester from al Tayaneh town. On the other hand, Washington, which provides huge amount of military and diplomatic support to the YPG under the pretext of fighting against Daesh, has reportedly been discontent regarding the YPG's oil trade with the Assad regime. The YPG has been negotiating with the Assad regime since 2017 about the occupied oil fields. In July 2017, the YPG handed over control of oil production in the Rimelan region to the regime after they signed a revenue-sharing agreement between both sides. Also, in February, the YPG agreed on a deal with the regime to transfer oil extracted from occupied areas to regime-dominated areas in Deir el-Zour. According to the agreement, regime-affiliated companies, operating west of Deir el-Zour, were expected to lay pipes under the Euphrates to transport oil to the war-torn country's eastern provinces. The agreement aimed for a rapid transfer of oil, which was previously carried by boats. Earlier this week, the U.S.-led coalition hit regime tankers carrying out the oil trade with the YPG. Local sources in Deir el-Zour reported that U.S. forces targeted the regime's oil-laden tankers, which were transporting their cargo on the Euphrates River, with heavy machine guns. Later, coalition forces seized the tankers.

Despite the PKK being listed as a terrorist group by Turkey, the U.S. and the EU, Washington has continued to supply truckloads of weapons to the YPG in Syria since former President Barack Obama's term. The terrorist groups' bad human rights record also didn't constrain U.S. support. Along with ceasing oil sales to the Assad regime, the Arab population also demands ending forcible conscription and releasing detainees. "The protests are now more organized and wider with a higher ceiling and developing gradually to a popular uprising where people are asking to be ruled by themselves and ending Kurdish hegemony," said Feras Allawi, a political analyst from the area. Since the beginning of the YPG's occupation, Arab tribal leaders from different regions of Syria come together to discuss possible steps against the YPG, which they blame for destroying the Arabic identity on soil they invade.