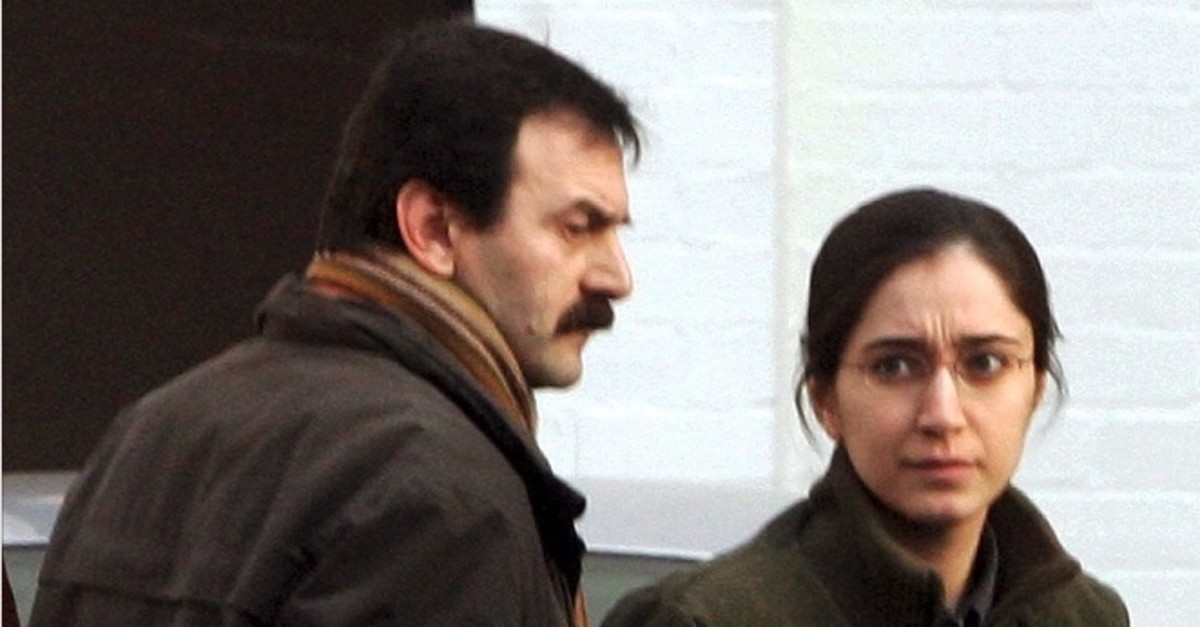 Fehriye Erdal, who was convicted of murdering a Turkish business tycoon in 1996, has been added to Belgium's most wanted list

Fehriye Erdal, a terrorist from the extreme-left Revolutionary People's Liberation Party-Front (DHKP-C) who was sentenced to 15 years in prison in absentia by the Bruges High Criminal Court in February 2017, has now been added to Belgium's most wanted list. Erdal was convicted by the Belgian court for crimes committed in Turkey, including her involvement in the 1996 assassination of the former head of the industrial conglomerate Sabancı Holding.

However, many other DHKP-C terrorists – some of whom Turkey is offering rewards for – have been living in Belgium without facing prosecution. DHKP-C member Bahar Kimyongür, who is wanted by the Turkish state with a bounty of TL 1 million, has been living in Belgium for decades and recently wrote a book titled "Fehriye Erdal." Kimyongür released his book on Erdal's birthday and praised her "revolutionary" actions.

Sadly but unsurprisingly, Kimyongür not only enjoys life and has escaped the Turkish judiciary, he also gets support from various Belgian circles, including some academics and politicians. Kimyongür was previously arrested in Spain and the Netherlands. He has also been given a four-year sentence for his DHKP-C activities by a Bruges court; however, the sentence was later dropped by an appeals court. Awkwardly, at times Kimyongür appears as an expert on Turkey in Belgian media, which shows no signs of being uncomfortable for allowing a pro-terrorism individual to spread biased commentary.

Erdal was under house arrest when she escaped and went into hiding. Reports say that eight Belgian police officers were sent to take Erdal to a prison after a court handed down four additional years of imprisonment. Erdal fled the house when the eight officers were present. The then-interior minister was harshly criticized and called to resign, which he refused. Belgium's unwillingness to extradite a convicted terrorist to Turkey and to "watch her escape into obscurity" left many with questions.

When Erdal was given a 15-year sentence in absentia, Daily Sabah spoke to the Sabancı family's lawyer, Fernand Schmitz, who welcomed the decision saying that although it has been 21 years since the assassination of Özdemir Sabancı, they are satisfied with the verdict.

"At first the Belgian judiciary argued that this was a political case and refused to extradite her but now they have finally accepted that it is in fact a criminal matter," he said. Commenting on the judge giving her a 15-year sentence with "condemnation," Schmitz said the wording suggests Erdal would not benefit from "elapsed time," meaning a statute of limitations, and would be jailed once she is captured.

When asked about the rumors that Erdal was seen in Belgium and some Scandinavian countries, Schmitz said they also heard similar rumors but failed to verify the reports. "We also heard that she was seen in Germany and the Netherlands. We understand Belgian authorities are not searching for her and that she is not a priority for them."

Erdal is among the total of 1,846 wanted people on the Fugitive Active Search Team's (FAST) list, a special team of police in Belgium tasked with searching for and arresting the fugitives. The Sabancı family expects Belgian officials to take the issue seriously this time.

After being hired as a member of the maintenance staff by Sabancı Holding, Erdal helped other DHKP-C militants, Ismail Akkol and Mustafa Duyar, enter Sabancı Towers in Istanbul to assassinate Sabancı along with Haluk Görgün, the general manager of ToyotaSA, and secretary Nilgün Hasefe. Erdal first fled to Greece, hiding in a truck, and then to Belgium after the murder. She was first captured by Belgian authorities with a fake passport when her apartment caught fire in 1999 and was tried in court. After serving a year in prison, Erdal was placed under house arrest, from which she escaped in 2006.

Akkol, the second suspect in the Sabancı murder, was captured in February 2016 in Turkey's western Aydın province 20 years after the incident. Upon his release from prison in July 2015 by Greek authorities after roughly spending one year in jail, Akkol was on the run in Greece, which has long been a favorite hideaway for terrorists from the DHKP-C and the PKK.

Along with Akkol, Fadik Adıyaman, another member of the DHKP-C, was taken into custody, and the two suspects were found to be in possession of rifles and explosives and were reportedly on their way to carry out a terrorist attack on an unspecified target. The third suspect, Duyar, surrendered months after the murder and pleaded guilty but was killed during a prison riot in 1999 while serving his sentence for the murder.