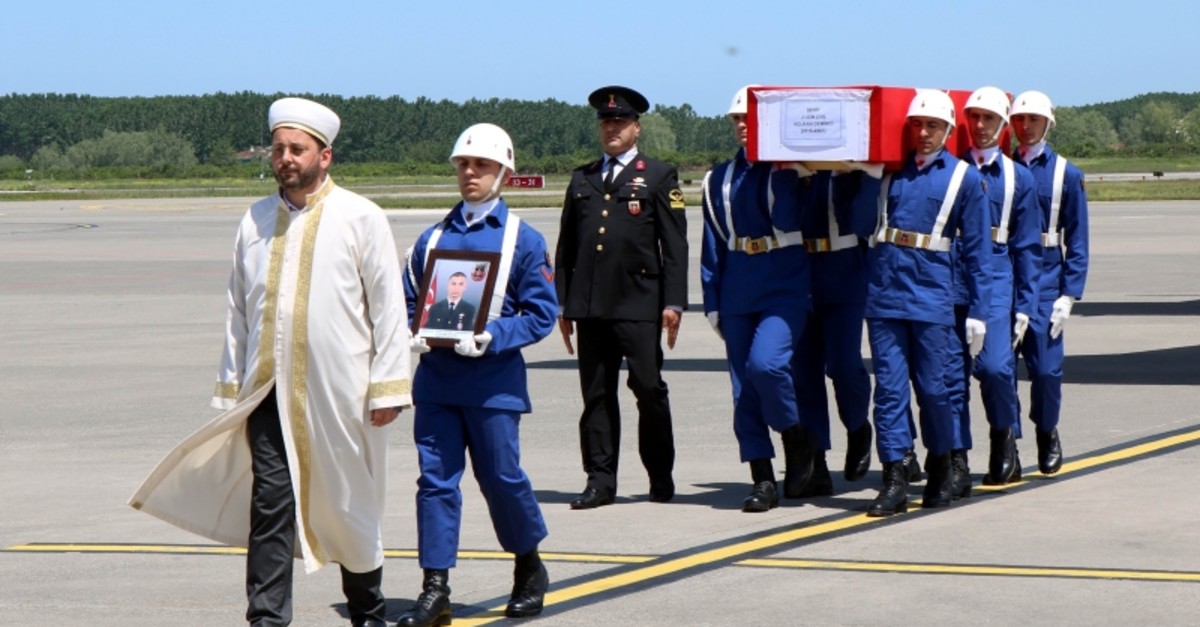 One Turkish soldier was killed in action on Tuesday morning when PKK terrorists attempted to infiltrate a Turkish military outpost in southeastern Hakkari's Derecik district near the border with Iraq, according to the provincial governor's office.

Air-assisted operations were initiated in the region following the attack.

A funeral was also held Tuesday for Sergeant Volkan Demirci, who was killed Monday by PKK harassment fire in Hakkari's Yüksekova district.

The Interior Ministry said Monday that four PKK terrorists were killed in a counter-terrorism operation in Yüksekova.

Meanwhile, in neighboring Şırnak, three village guards were injured Monday after an explosion of an improvised explosive device (IED) laid by the PKK terror group.

According to local authorities, the IED was triggered as the guards made their way through Şırnak province to a nearby base where they served.

An operation was launched in the region to capture the terrorists.

Operations against the PKK are ongoing in the Turkish-Iraqi border area. The Turkish Armed Forces regularly conduct cross-border operations in northern Iraq, a region where PKK terrorists have hideouts and bases from which to carry out attacks in Turkey.

The Turkish government has repeatedly called on the Iraqi government to eradicate the PKK threat in the group's headquarters in Qandil mountains near the Iranian border and Sinjar Mountain near the Syrian border. If not, Ankara says, the Turkish Armed Forces (TSK) will exercise its rights and launch a cross-border operation in the area as it did during Operation Euphrates Shield and Operation Olive Branch into Syria.