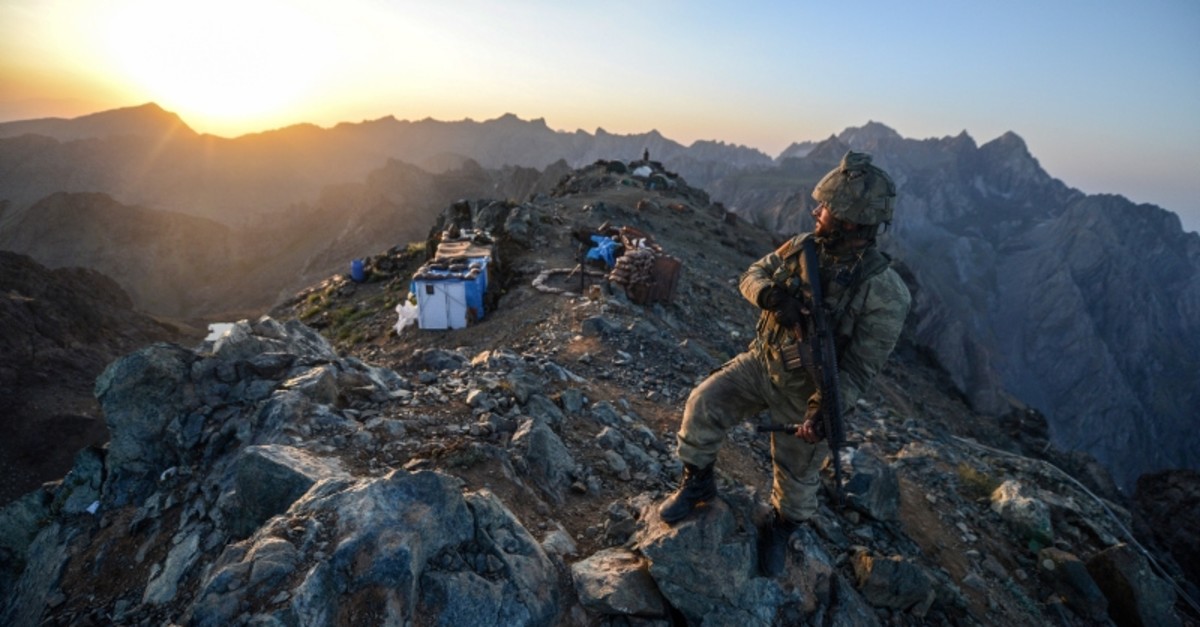 Four PKK terrorists surrendered and five were "neutralized" in operations in southeastern Turkey's Hakkari and Şırnak provinces on Wednesday.

According to a written statement from the Ministry of Interior, five terrorists were neutralized in a joint security operation by the Hakkari Provincial Gendarmerie Command and the 3rd Infantry Division Command in the Yüksekova Alandüz region.

Security operations in the region are ongoing, the Interior Ministry noted.

The terrorists, including one woman, reportedly escaped from PKK camps in northern Iraq to the Habur Border Gate with Turkey.

Procedures related to the detention of the terrorists continue.

Operations against the PKK are ongoing in the Turkish-Iraqi border area. The Turkish Armed Forces (TSK) regularly conduct cross-border operations in northern Iraq, a region where PKK terrorists have hideouts and bases from which to carry out attacks in Turkey.

The Turkish government has repeatedly called on the Iraqi government to eradicate the PKK threat in the group's headquarters in the Qandil Mountains near the Iranian border and Sinjar Mountain near the Syrian border. If not, Ankara says, the TSK will exercise its rights and launch a cross-border operation in the area as it did during Operation Euphrates Shield and Operation Olive Branch into Syria.