Turkey has neutralized 16 red-list terrorists in past 2.5 years: Erdoğan 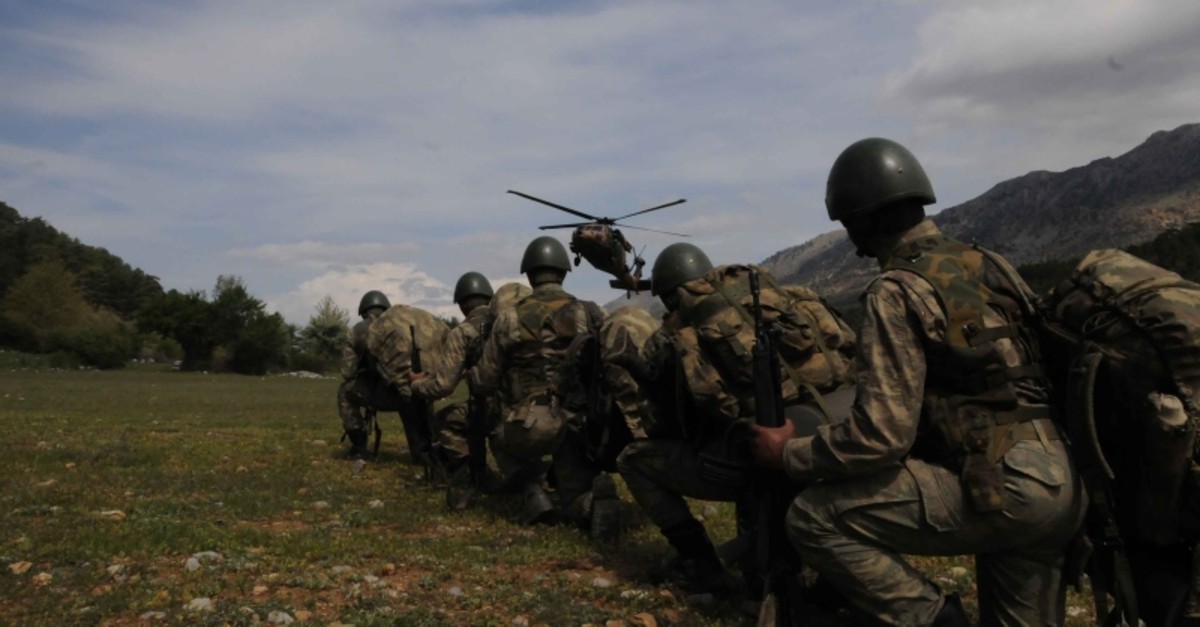 "We have decreased the number of terrorists on our borders to around 700, which was once around 2,000," he said, Erdoğan said at an iftar dinner for domestic security agencies in the capital Ankara, adding that there was a considerable decrease in the number of people joining the PKK terror group and its capacity to act.

"Terrorist organizations who shed blood and attacked the values and unity of the nation will continue to pay the price for their deeds," Erdoğan added.

He noted that Turkey's operations in Syria have dealt a heavy blow to offshoots of Daesh and PKK terrorist groups.

Some 320,000 out of around 3.6 million Syrians, who took refuge in Turkey due to the civil war in their country, have returned to home thanks to Ankara's operations which cleared the area of terrorists.

He highlighted that other areas under the control of terror group would be cleared "suddenly in one night."

Erdoğan reiterated that the country would never allow the formation of a terror corridor near its borders, and added: "We will not leave the future of our Syrian Kurdish, Arab and Turkmen brothers to the mercy of new colonial aspirations."

Turkey will keep fighting the Gülenist Terror Group (FETÖ) until its last affiliate is brought to justice, the president said, referring to the terrorist group behind the 2016 failed coup attempt against the Turkish government.

Erdoğan also touched on the use of social media to escalate social tension, as is currently being seen in Sri Lanka, where massive suicide bombings at churches and hotels on Easter Sunday have been followed by violent anti-Muslim riots. He said that it is the nation's duty to guard the nation's trust during these sensitive times.