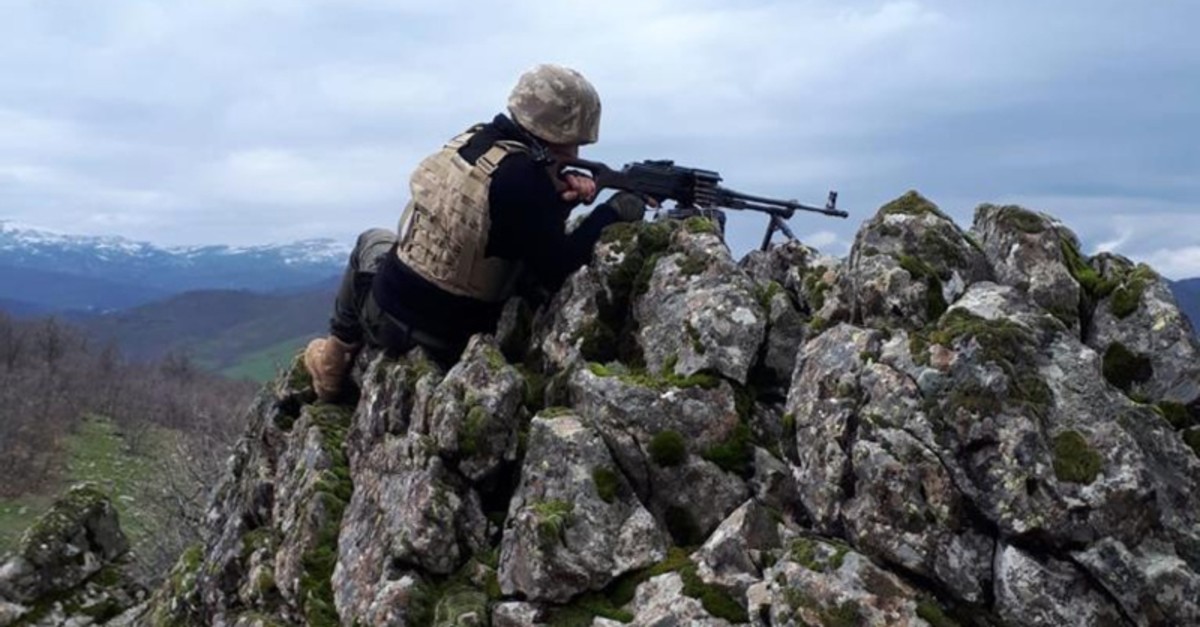 The terrorists were neutralized by provincial gendarmerie units during the operation launched in rural areas of the Yoğunbilek village in the Arıcak district, the statement said.

One of the terrorists, who was identified as Ferhat Akgün and went by the codename "Sorej Tatvan," was in the gray category of the Interior Ministry's terror list and was being sought with a 300,000 Turkish lira ($55,000) bounty on his head, the statement added.

Wanted terrorists are categorized by different color groups – red, blue, green, orange and gray – depending on the level of threat they pose for the country's national security. Red is considered the highest threat level.

Investigations revealed that the neutralized terrorists were responsible for killing three gendarmerie soldiers and injuring one other soldier and a village guard with improvised explosive devices (IED) while the security forces were carrying out a counterterrorism operation on March 13, 2018, in the

Meanwhile, security sources said that a high-ranking terrorist on Turkey's wanted list was executed by the PKK due to conflicts between the terrorists, Turkish daily Sabah reported.

The body of Erhan Gülen, who was also on the Interior Ministry's gray list and went by the codename "Mordem Kanireş," was found by gendarmerie forces in a cave during a counterterrorism operation launched in the rural areas of Tunceli province on May 15.

Security sources said that the executed terrorist's death was announced as suicide by the terror group.