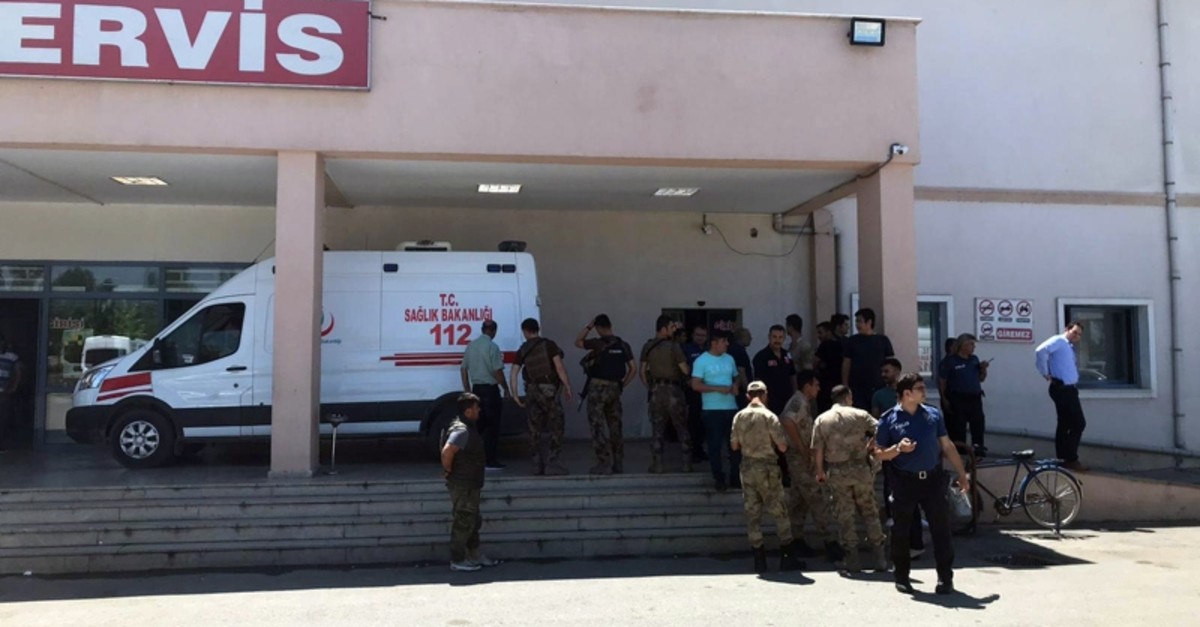 A clash that broke out between Turkish security forces and PKK terrorists in eastern Iğdır province has left three soldiers dead and four others injured.

Security sources said that clashes are ongoing in rural areas near the Iranian border in Aralık district, which also borders Armenia and Azerbaijan's Nakhchivan Autonomous Republic.

The district lies on the northeastern foothills of Mount Ararat (Ağrı), Turkey's highest peak, and Lesser Ararat, used frequently by PKK terrorists to infiltrate the area from their camps located in Iranian territory.

Meanwhile PKK terrorists also targeted a vehicle carrying workers to the construction site of the ongoing security wall on the Iranian border in the Doğubeyazıt district of Ağrı province, which is located to the southeast of the massive Ararat range, with a roadside bomb.

Nine workers that were injured in the blast were transferred to the state hospital in the town center. One worker succumbed to his wounds.

The 144-kilometer (90 mile) wall on the 500-kilometer long border aims to boost security and prevent illegal migration and smuggling.

Nearly 300 kilometers to the south, Turkey's cross-border Operation Claw involving commando brigades backed by air units in northern Iraq's Hakurk region is ongoing. The Ministry of National Defense announced Saturday that three additional terrorists were neutralized, bringing the number of terrorists that have surrendered, been killed or captured to 22 since the operation began on Monday.

The Hakurk region is among the main bases the PKK uses to infiltrate Turkey or attack Turkish border outposts. The area is located some 30 to 40 kilometers south of Derecik district of southeastern Hakkari province bordering Iraq, and currently serves as the main grouping base for PKK terrorists and their Iranian affiliate the Kurdistan Free Life Party (PJAK), between their headquarters in Qandil Mountains near the Turkish-Iranian border.

The area also facilitates their crossing between Qandil and Iraq's Salahaddin province bordering Syria, where the PKK's Syrian offshoot the People's Protection Units (YPG) controls the northeastern one-third of the country.

During the operation, many weapons, ammunition and other equipment were also seized as commando units cleared and destroyed caves and shelters used by the terrorists. The nearby regions of Zap and Qandil were also targeted in airstrikes.