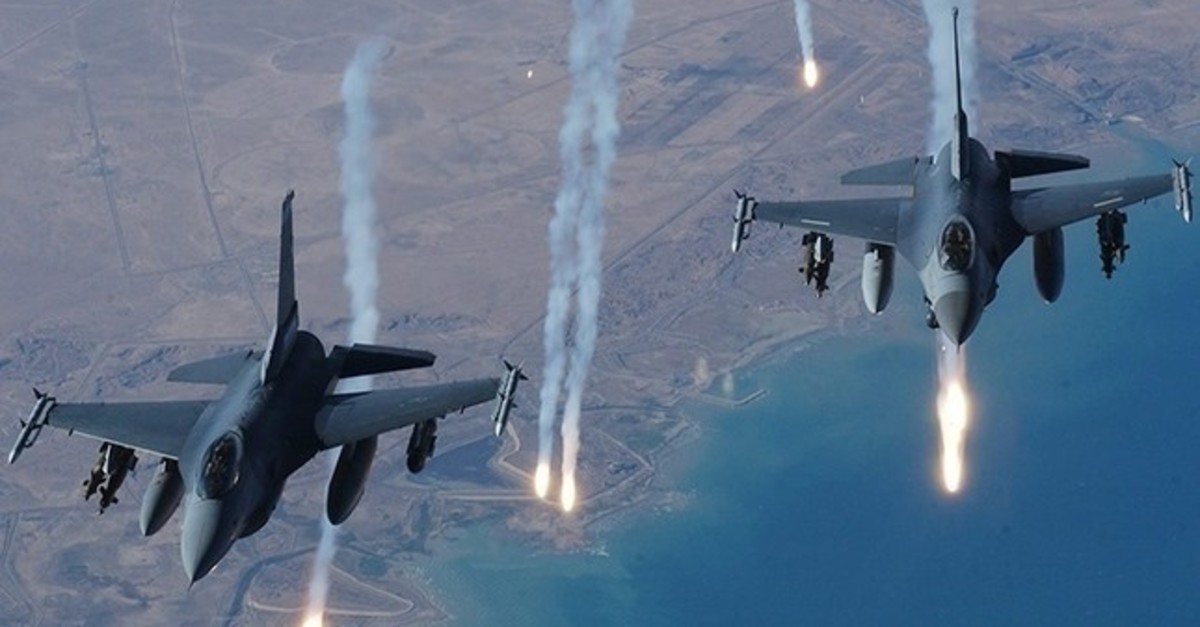 A wanted PKK terrorist code-named "Zinar Akro" was killed in southeastern Diyarbakir province, the Interior Ministry said Sunday in a written statement. The ministry said the terrorist was identified as Yusuf Kayran and was one of the five terrorists killed in an operation on Monday.

The terrorist was in the gray category of the Interior Ministry's wanted list and had a TL 300,000 bounty on his head, the statement added.

The Interior Ministry's list is divided into five color-coded categories, with red as the most wanted, followed by blue, green, orange and gray.

Meanwhile, two PKK terrorists were killed in an air-backed counterterror operation in the Lice district of southeastern Diyarbakır province.

Osman Gülen, code-named "Civan kod" by the terrorist group and listed on the gray category of the ministry's most wanted list with a TL 300,000 bounty on his head, was among the terrorists nabbed in the operation.

Gülen was responsible for killing 29 people and injuring 75 others in a terror attack carried out in Merasim Street in the Turkish capital Ankara on Feb. 17 2016, the provincial governor's office confirmed Monday.

Investigations found out that he was also responsible for the deaths of two citizens on July 5 in the Yalımlı neighborhood of the Lice district in Diyarbakır.

In February 2016, a deadly explosion targeted commuters and officials during the evening rush hour on Merasim Street, close to the Turkish General Staff and parliament buildings, killing 29 people.

Another PKK terrorist, identified as Ö.K. who went by the code name "Çektar Amed," was also captured in Lice and arrested.

Interior Minister Süleyman Soylu also said Saturday that a group of five terrorists, long pursued by security forces, had been cornered by gendarmerie special forces inside a cave in eastern Tunceli province and that the operation was ongoing.

"As part of homeland security operations, 5 female terrorists were neutralized with their weapons in an operation launched by the Gendarmerie Special Operations Forces in a cave in the Kutu Deresi area of Tunceli," the Interior Ministry later announced in a tweet.

A Turkish soldier was killed and five others injured in a terrorist attack in northern Syria, the National Defense Ministry said Sunday.

Terrorists launched an anti-tank attack in Tel Rifaat district, according to a ministry statement.

"We offer our condolences to the martyr's family, Turkish Armed Forces, and our nation," the statement said, also wishing speedy recovery to the injured.

According to a statement released by the National Defense Ministry on Saturday, the number of terrorists killed in Operation Claw launched in northern Iraq's Hakurk region stood at 43.

A total of 74 shelters and 53 mines or explosives used by PKK terrorists were also destroyed in the operation involving air-backed commando brigades launched on May 27, according to the ministry.

Operation Claw aims to prevent the infiltration of PKK terrorists into Turkish soil from Hakurk and spoil settlement plans of militants in the area. The Hakurk area facilitates terrorist crossings between Qandil and Iraq's Salahaddin province bordering Syria, where the PKK's Syrian offshoot, the People's Protection Units (YPG), control the northeastern one-third of the country.

Turkey had previously warned the Kurdish Regional Government (KRG) and Iraqi government numerous times about eliminating the PKK's presence to maintain Turkey's border security. Despite top officials from both governments often expressing their discomfort with PKK camps and activities, saying that they won't allow militants to attack Turkey from their soil, no serious action was taken in this regard.

With no concrete results from the efforts of Iraq and the KRG, Turkey has been acting in its own defense in recent years and taking a hard line against the PKK presence in northern Iraq. Last year, security forces crossed 30 kilometers into northern Iraq and nearly 200 terrorists have been killed in months of operations against PKK targets.