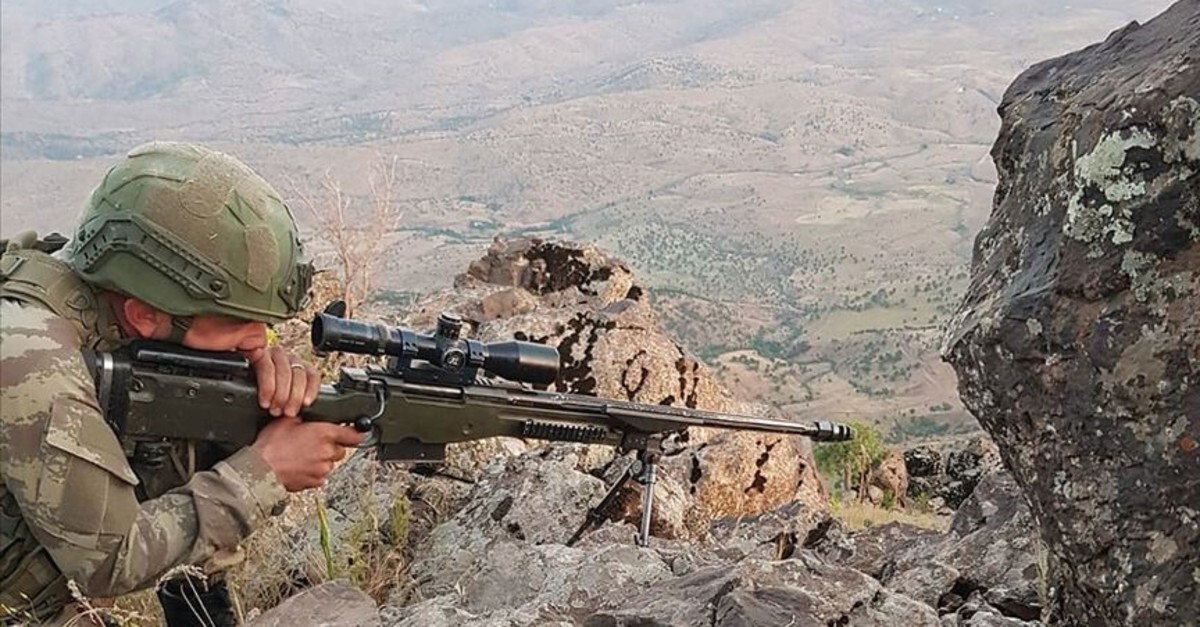 The number of terrorists "neutralized" in northern Iraq as part of Operation Claw have reached 58 so far, National Defense Ministry said on Sunday.

Authorities often use the word "neutralized" in statements to imply the terrorists in question surrendered or were killed or captured.

According to the ministry's statement, one terrorist was "neutralized" and several heavy weapons were located in a cave that was used as a makeshift base.

Meanwhile, several other PKK targets were hit in simultaneous airstrikes carried out in Iraq's Qandil, Metina and Avasin-Basyan regions.

Beginning on May 27, Operation Claw has focused on completely eliminating terrorist threats in northern Iraq that emanate from the PKK presence. Security forces intensified Operation Claw with air support against militants and settlements of the terrorist organization in the region.

In its more than 30-year terror campaign against Turkey, the PKK — listed as a terrorist organization by Turkey, the U.S. and the EU — has been responsible for the deaths of some 40,000 people, including women and children. The People's Protection Units (YPG) is its Syrian branch.