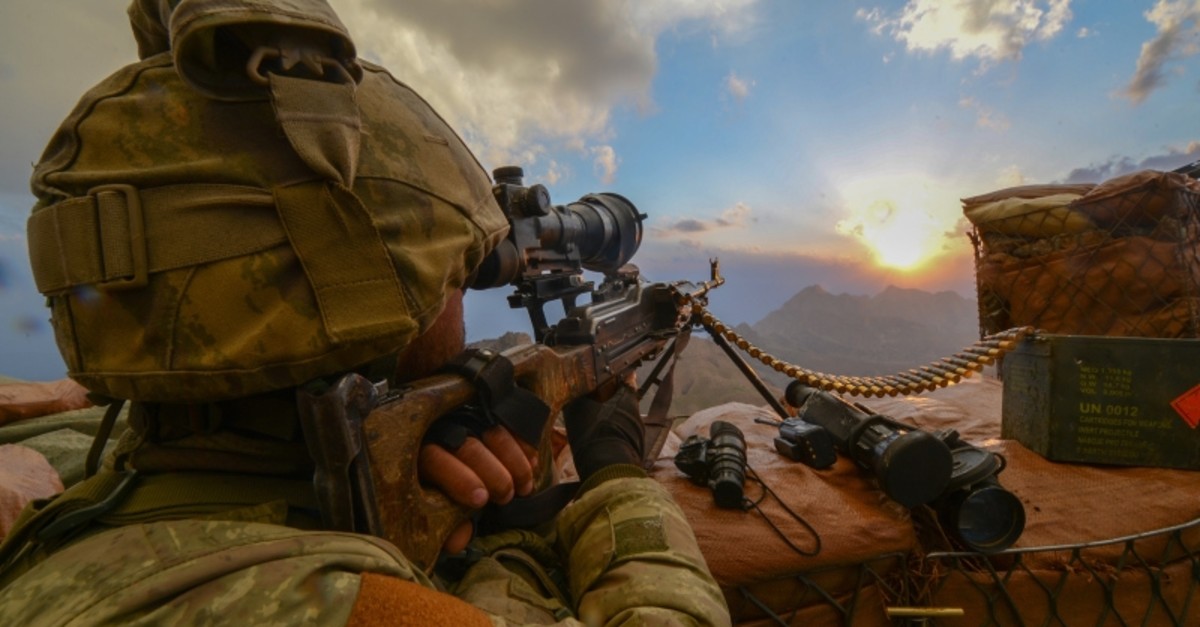 A Turkish soldier carrying out counterterror operations was killed in northern Iraq when an improvised explosive device (IED) planted by the PKK terrorist group went off, the Defense Ministry said Tuesday.

The ministry extended its condolences to the soldier's family, the Turkish military and the Turkish nation.

Separately, the Defense Ministry said Tuesday morning that Turkish forces carried out the controlled detonation of mines and IEDs belonging to the PKK in northern Iraq as part of Operation Claw-2.

On Saturday, Turkey launched counter-terror Operation Claw-2 as a follow-up on the successfully ongoing Claw-1 operation which revealed new information on terrorist activity, according to the ministry.