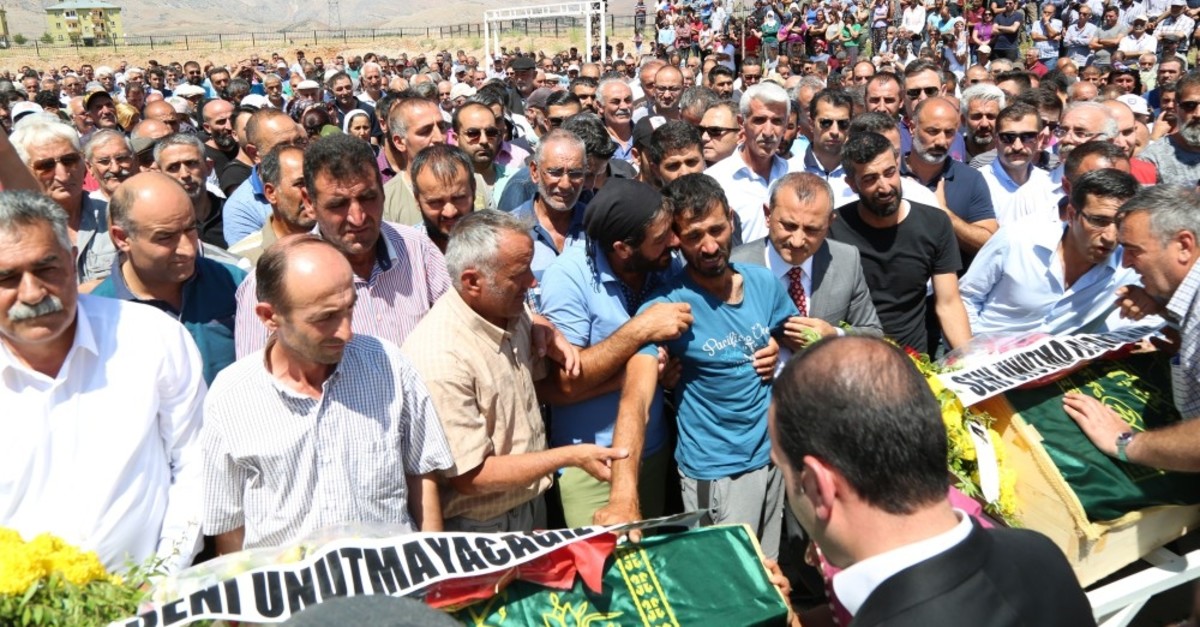 A funeral was held Tuesday for an 8-year-old boy and his 4-year-old sister who died after an improvised explosive device (IED) planted by PKK terrorists detonated in the Ovacık district of the eastern Turkish province of Tunceli. The funeral of Ayaz Güloğlu and Bahar Güloğlu was held in Munzur Baba Djemevi, and they were buried in Çakmaklı village.

Ayaz Güloğlu and his younger sister, Bahar Güloğlu, were walking in a pasture around noon on Monday in the Bilge village in the rural district of Ovacık when the IED detonated. Ayaz died at the scene, while his younger sister was critically wounded.

Medical crews and gendarmerie teams were dispatched to the scene of the explosion. A rescue helicopter flew Bahar Güloğlu to a hospital in the neighboring province of Elazığ, where she succumbed to her injuries. In its more than 30-year terror campaign against Turkey, the PKK – listed as a terrorist organization by Turkey, the U.S. and the EU – has killed, injured and disabled hundreds of children in its indiscriminate terror attacks.