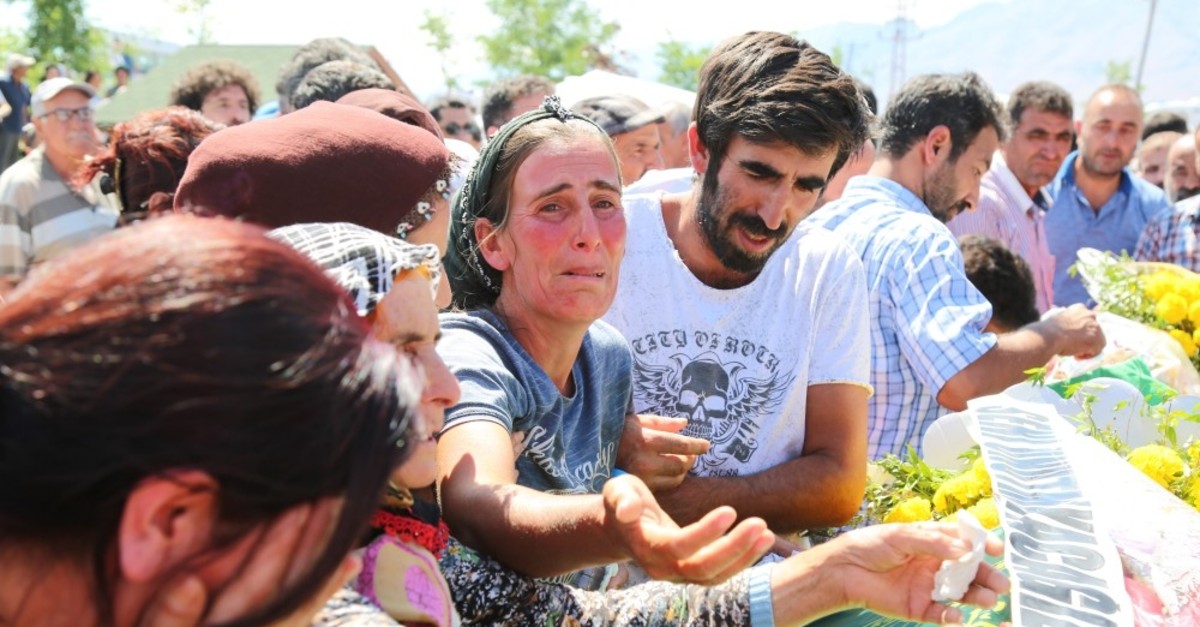 The decades-long brutal actions of the PKK have earned it the tag ‘baby killer,' with the terrorist organization once again living up to that name by killing two children in Tunceli on Monday

The tragic deaths of an 8-year-old boy and his 4-year-old sister after an improvised explosive device (IED) planted by PKK terrorists detonated in Tunceli on Monday have sparked public outcry across the country. The incident has once again reminded everyone of the terrorists group's cruelty in targeting innocent children.

Ayaz Güloğlu and his younger sister Nupelda Güloğlu were walking in a pasture around noon on Monday in Bilge, a village in the rural district of Ovacık, when the IED detonated. Ayaz died at the scene, while his younger sister was critically wounded. Medical crews and gendarmerie teams were dispatched to the scene of the explosion. A rescue helicopter flew Nupelda Güloğlu to a hospital in the neighboring province of Elazığ, where she succumbed to her injuries. 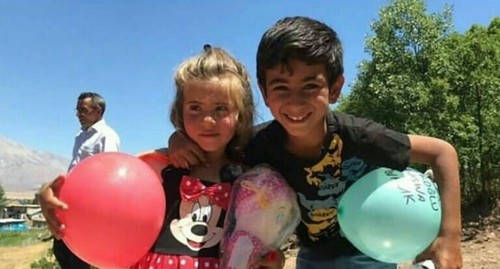 The killing of the Güloğlu siblings has shown once again that the PKK terrorist group does not differentiate between targets, be it civilians or babies, as the group has a long list of terrorist attacks that have taken the lives of children. When we look at the historical records of PKK attacks targeting innocent civilians since the group's foundation in 1984, there is a long list of child victims.

Throughout the 1980s and 1990s, the PKK killed hundreds of civilians indiscriminately. The image of 3-year-old Serkan Erdem, who was killed by the PKK in 1993 in southeastern Siirt province along with 22 people, showed the cruel face of the terrorist organization to the world.

The early and mid-1990s witnessed the escalation of PKK terrorism in eastern and southeastern provinces. PKK terrorists raided houses in the Hani district of southeastern Diyarbakır province on Nov. 9, 1992, and 12 people, including four children and four women, were killed.

Between 1993 and 1995 more than two dozen children were killed in addition to scores of elderly civilians. With these brutal attacks against children, the terrorist group earned the title "baby killers" and continues to live up to that name today.

In 2014, PKK supporters killed 16-year-old Yasin Börü and his two friends who were distributing meals to their relatives on the fourth day of Qurban Bayram (Eid al-Adha), the Muslim holy festival of sacrifice. Footage of the attack showed Yasin and his friends being beaten to death with sticks and stones after being thrown from a three-story building.

In August 2015, the PKK killed 13-year-old Fırat Sımpil who had stepped out of his house in Diyarbakır to buy groceries. A few minutes later, a roadside bomb planted by the group exploded. The explosive device was believed to have been placed to target a military vehicle. A month later, on Sept. 28, 9-year-old Elif Şimşek died after a rocket fired by PKK terrorists on an armed police vehicle missed its target and hit her apartment building instead in Diyarbakır's Bismil district.

According to official reports, 2016 was one of the bloodiest years in the history of the terrorist group. The PKK killed more than 250 civilians including dozens of children in attacks that targeted residential areas. On Jan. 14, 2016, six people, including a 5-month-old baby, were killed in a vehicle bombing in Çınar district of Diyarbakır, where 39 other people were injured. On March 13, 2016, PKK terrorists attacked Ankara's central Kızılay Square using a bomb-laden car; 36 people were killed, 125 others injured. Among the wounded was 6-month pregnant Songül Yılmaz, and her baby was the youngest victim of the terrorists. On Aug. 11, 2017, 15-year-old Eren Bülbül died from gunshot wounds sustained as he helped gendarmerie officers track PKK members near his house in Maçka, a town 22 kilometers (14 miles) south of the Black Sea city of Trabzon.

In 2018, 10-month-old Mustafa and his mother were killed by a roadside bombing carried out by the PKK in the border province of Hakkari. Nurcan Karakaya, with her baby boy Mustafa Bedirhan, had driven to Yüksekova district of southeastern Hakkari province, where her husband is stationed as a soldier. After the visit, which was about two hours long, Nurcan, 25, left the military base and drove away. Not long after, an explosive planted by the PKK was detonated remotely.

In its more than 30-year terror campaign against Turkey, the PKK, listed as a terrorist organization by Turkey, the U.S. and the EU, has killed, injured and disabled thousands of children in its indiscriminate terror attacks.