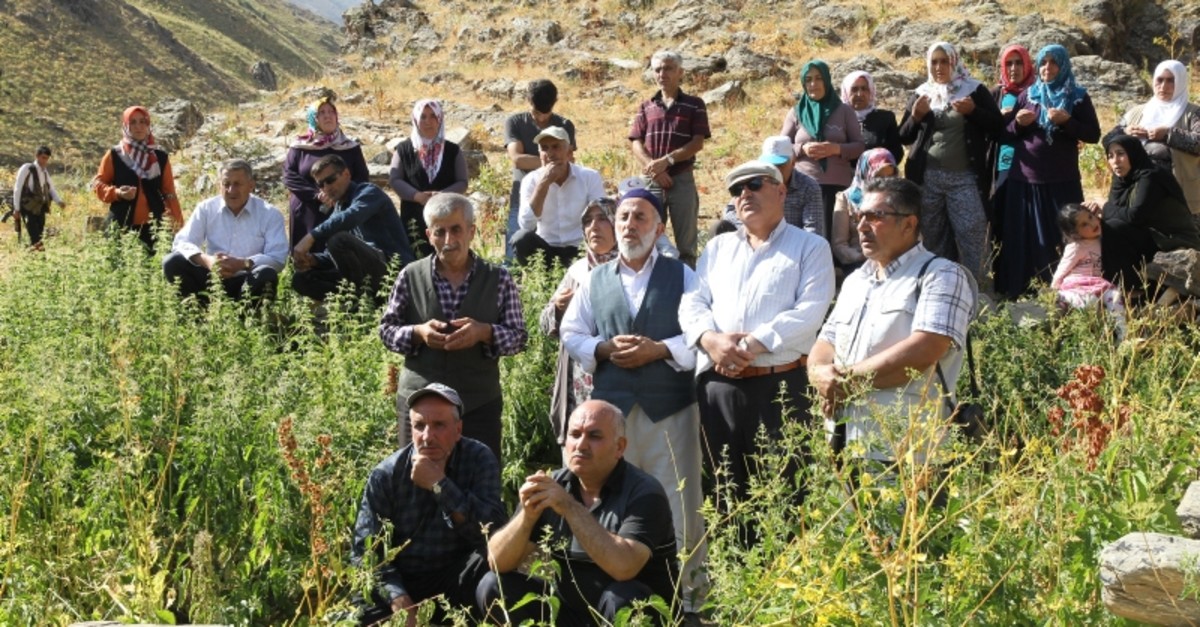 The relatives of the victims killed by the PKK in 1993 in eastern Turkey's Van province remembered those massacred by the terrorist group on Friday on the 26th anniversary of the brutal attack.

The relatives of the 24 civilian victims, 14 of which were children, visited the Sündüz Plateau where their loved ones were executed by the PKK with guns, condemning the terrorists once again.

Sabahattin Samsa, who lost his mother Huri Samsa and other relatives in the massacre, told Anadolu Agency that his relatives came across the brutal and inhumane scene when they went to the plateau to meet their needs for winter.

Samsa said that according to Ahmet Sevgili, one of his relatives who survived the incident, a group of six or seven PKK terrorists came to the area late evening and ordered everyone to gather in a tent.

He said the first bullet ricocheted from his uncle and hit his wife, and the terrorists kept on firing on civilians until they ran out of bullets.

"After reloading their rifles with cartridges, they started firing again like they wree committing genocide. Mothers tried to protect their children by holding them in their arms and shielding them with their own bodies. When we went to pick up the bodies in the morning we saw that (chilling) scene," Samsa said, adding that all the corpses were piled on top of each other in the tent, once again showing the terrorists' barbarity.

"They (the PKK) do not advocate for Kurds or Kurdish rights. If they did really care about my rights, then they would not have killed my mother or relatives," Samsa said, once again condemning the group and its supporters.

Underscoring that the only ideology those massacred shared was their livelihood, Samsa said they would tell future generations about this brutal attack and the PKK's atrocities.

"Our wound is still fresh, bleeding inside of us. We will never forget this."

Kerem Sevgili, the brother of Ahmet Sevgili who survived the attack with wounds, said that his brother has not been able to recover psychologically since then, as he still vividly remembers that bloody day.

Sevgili said he also lost his aunt-in-law and two of his nephews/ nieces were killed in the massacre.

Ferman Ağaç, who lost his wife and two children wo were 7-months and 7 years old, said that he still could not forget the pain of that day and cried every day for his loss.