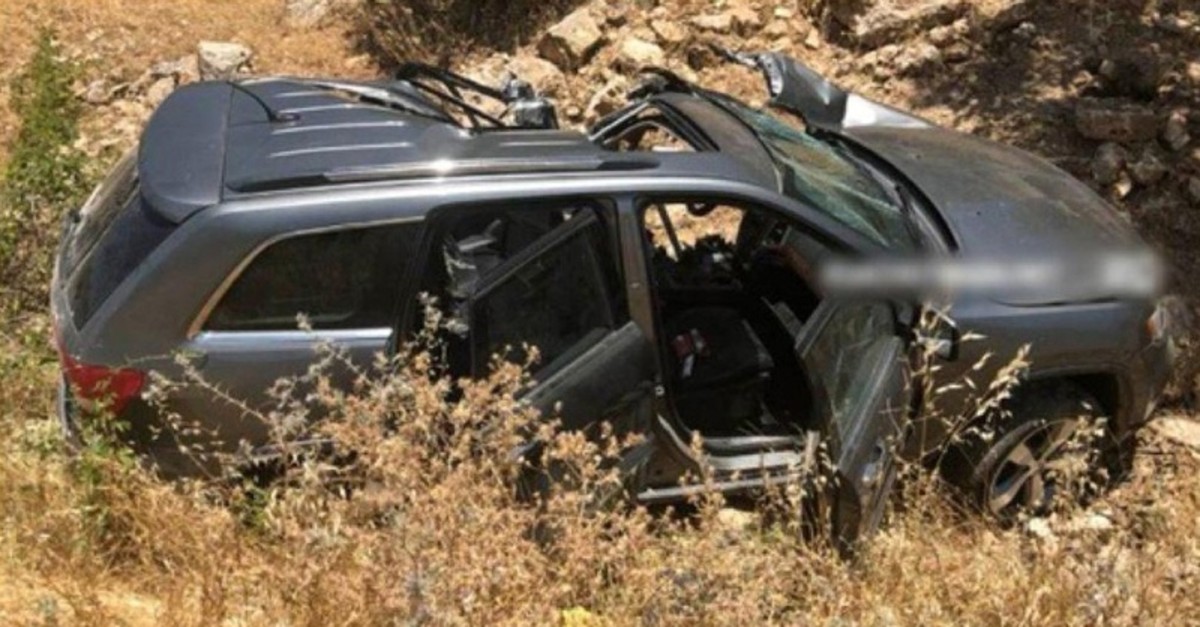 The vehicle belonging to one of the terrorist masterminds in northern Iraq (IHA Photo)
by Daily Sabah Jul 25, 2019 12:09 pm

According to reports, two senior PKK terrorists who planned the attack were neutralized in two separate operations. The first one took place in Duhok on July 18, one day after the brutal assassination of a Turkish diplomat in an upscale restaurant in Irbil.

Both were allegedly senior figures of the PKK terrorist organization in Iraq.

The second operation took place in northern Iraq's Batika six days after the first one on July 24. Security forces reportedly hit the vehicle carrying the terrorist mastermind and his guards.

Turkish military continues to carry out its anti-terror operations in the region.

A group of four terrorists including Mazlum Dağ, the assailant implicated in the killing of Turkish diplomat Osman Köse in Irbil, were captured alive and detained in northern Iraq a statement from the Irbil Security Directorate said Saturday.