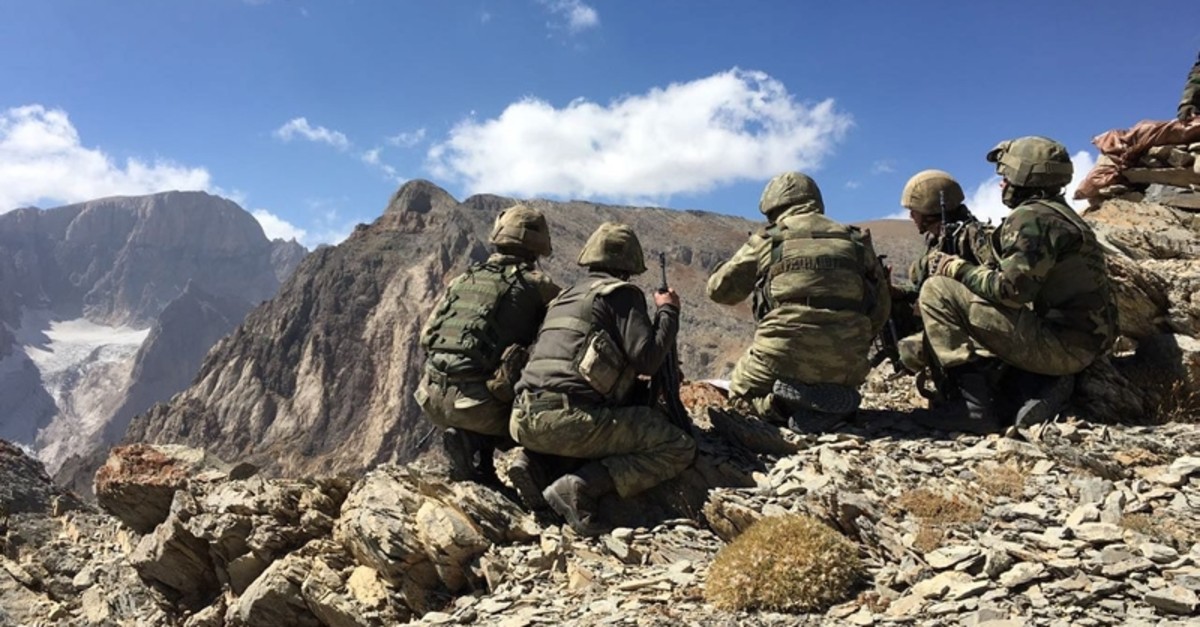 Turkish security forces on Monday caught a wanted terrorist in Turkey's eastern Erzurum province, according to the Interior Ministry.

The terrorist is said to be responsible for last month's killing of Savcı Küçük, a ruling Justice and Development (AK) Party member of the Erzurum City Council, as well as his nephew Ahmet Küçük.

Muhammet Fadullah Kamış, codenamed Sevger, was on the Interior Ministry's wanted terrorists list with a bounty of 300,000 Turkish liras (roughly $53,000) on his head.

Kamış admitted during interrogation that he killed Küçük and his nephew, the province's Governor Okay Memis told reporters.

The terrorists were targeted in an operation supported from the air in the Eruh area of Siirt, the ministry said on Twitter.

The Turkish Armed Forces (TSK) also carry out cross-border operations in northern Iraq, a region where PKK terrorists have hideouts and bases from which to carry out attacks in Turkey.

In its more than 30-year terror campaign against Turkey, the PKK – listed as a terrorist organization by Turkey, the U.S. and the EU – has been responsible for the deaths of nearly 40,000 people, including many women, children, and infants.