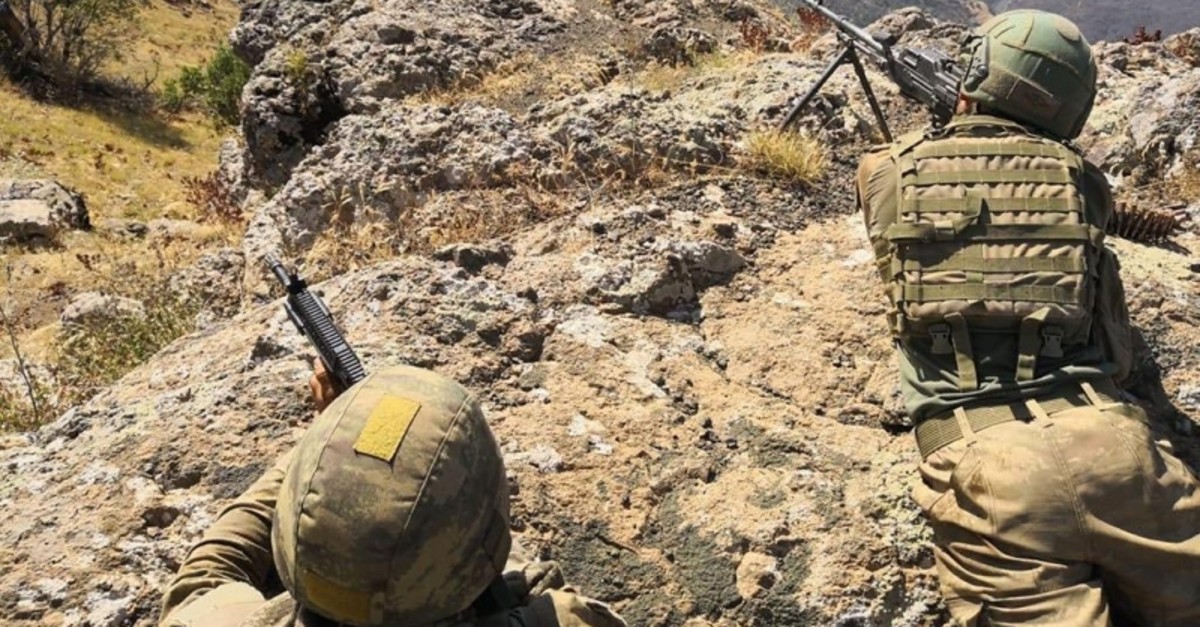 Two PKK terrorists who were involved in the planning of the attack on Turkish diplomat in Irbil have been neutralized in a joint operation carried out by the army and the intelligence organization, reports said Thursday.

The terrorists identified as Hacı Kurhan and Metin Akgün were killed in an operation on July 30.

Both were involved in numerous terrorist attacks and were sought in the blue category of wanted terrorist list.

The terrorists were neutralized in an air-supported operation in Hakkari.

Turkish authorities often use the term "neutralized" in statements to imply terrorists in question surrendered or were killed or captured.

Turkey is currently waging a determined fight against terrorist groups including the PKK in northern Iraq its offshoot People's Protection Units (YPG) and others in Syria.

Last month, a Turkish diplomat was killed in an armed attack on a restaurant in northern Iraq's Irbil, the seat of the Kurdistan Regional Government (KRG).

A group of four terrorists including Mazlum Dağ, the assailant implicated in the killing of Turkish diplomat Osman Köse in Irbil, were captured alive and detained in northern Iraq.