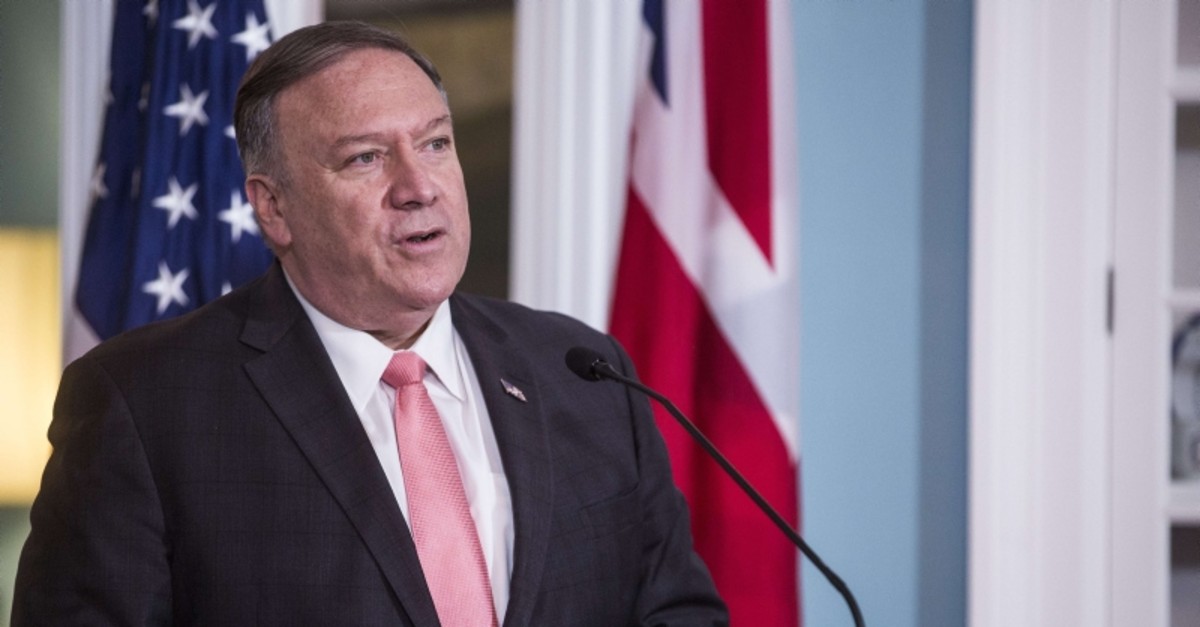 U.S. Secretary of State Mike Pompeo said Friday that talks between the U.S. and Turkey earlier in the week had led to "important progress" toward establishing a safe zone in northern Syria.

"Pleased that talks between the U.S. & Turkey led to important progress towards establishing a sustainable security mechanism to address our shared security concerns in Northeast #Syria," the top U.S. envoy wrote on Twitter.

"Establishing a safe zone would be a big step towards achieving peace & security," he added.

Turkey expects the creation of a 32-kilometer (20-mile) safe zone in northern Syria, which must be cleared of the People's Protection Units (YPG), the Syrian branch of the PKK. Ankara has warned that if establishment of such a zone is delayed, it will take cross-border military action to remove the terrorist threat at its southern border.