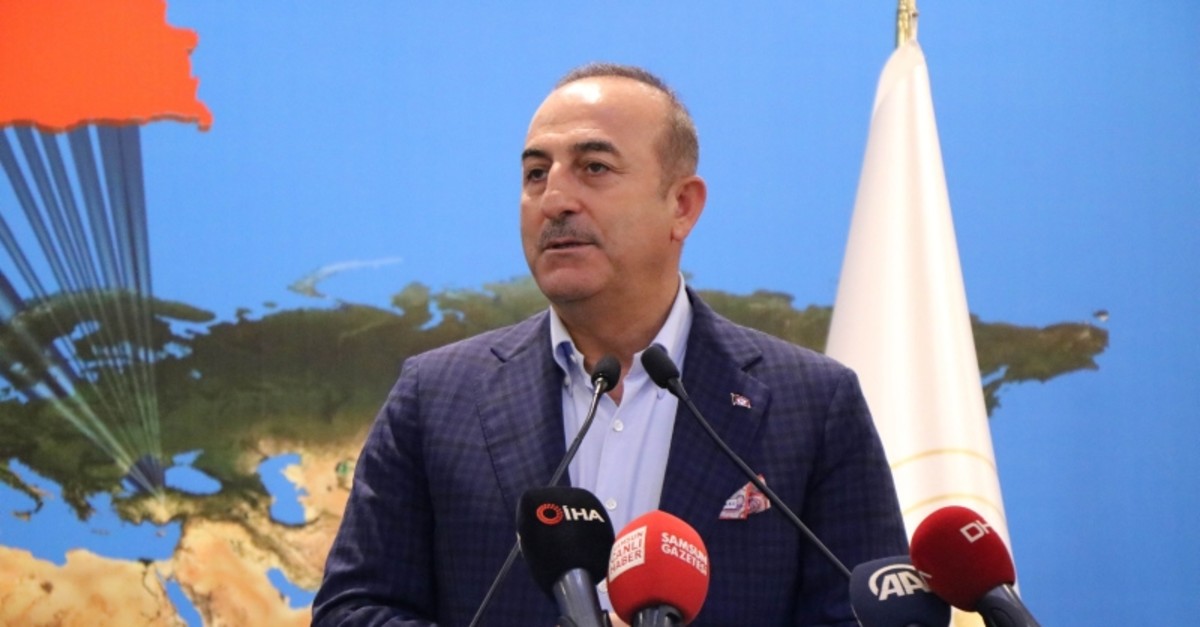 Turkey will clear People's Protection Units (YPG) terrorists from east of the Euphrates like in Syria's Afrin and Jarablus at any cost, Foreign Minister Mevlüt Çavuşoğlu said Sunday.

"Turkey won't allow U.S. to stall the process for the operation in east of Euphrates like they did in Manbij," Çavuşoğlu said in Qurban Bayram (Feast of the Sacrifice), also known as Eid al-Adha, greetings in his hometown Antalya.

"The U.S. has not done its part in implementing the road map that we have approved of together," he added.

Çavuşoğlu went on to say that Turkey will clear east of the Euphrates either with or without the U.S.

Turkey has promised a counter-terrorist operation east of the Euphrates in northern Syria, following two similar successful operations since 2016.

Turkey expects the creation of a 32-kilometer (20-mile) safe zone in northern Syria, which must be cleared of the YPG, the Syrian branch of the PKK. Ankara has warned that if establishment of such a zone is delayed, it will take cross-border military action to remove the terrorist threat at its southern border.