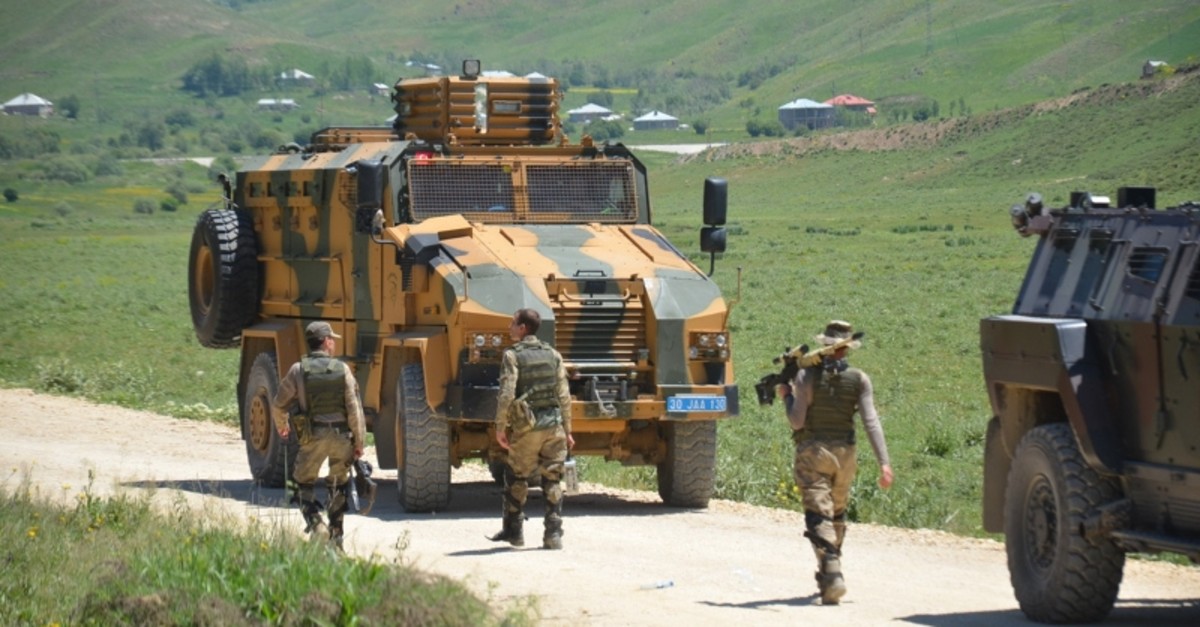 Security forces retaliated against a PKK terrorist attack on a Turkish military base in Şemdinli district of Hakkari province, the ministry said in a statement.