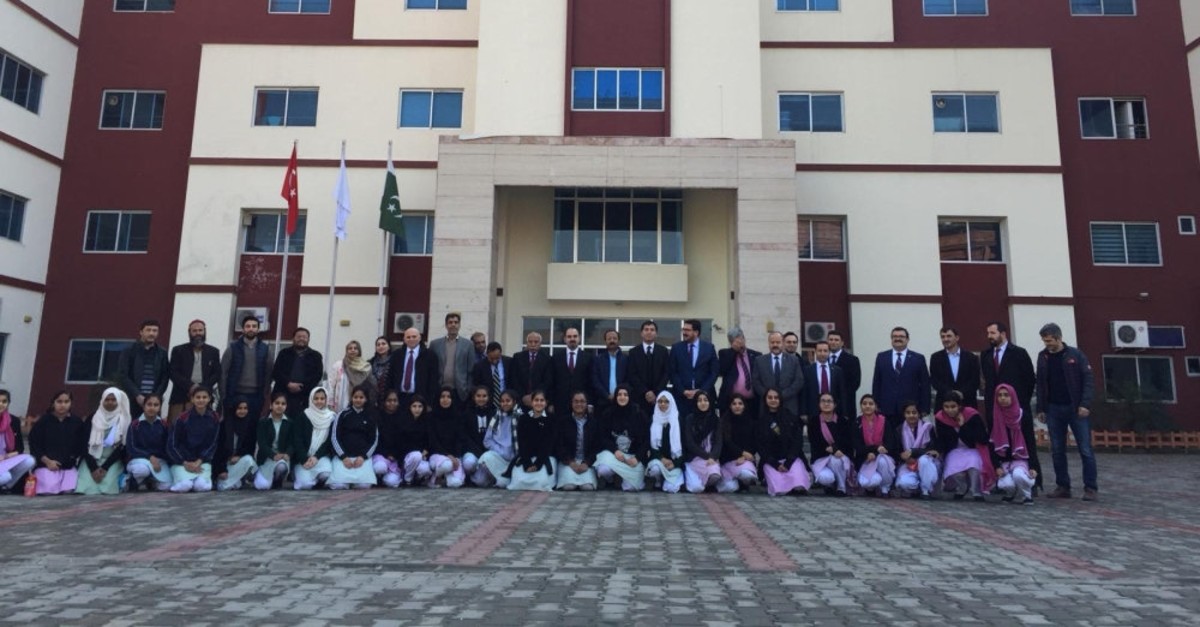 While the Maarif Foundation has representatives in 55 countries, it also made official contact with 99 countries for educational activities. It educates more than 30,000 students at 272 schools in 33 countries.
by Evrin Güvendik Aug 17, 2019 12:13 am

In its legal battle against Gülenist Terror Group (FETÖ) affiliated schools abroad, the Maarif Foundation has so far taken control of 217 FETÖ-linked schools in 18 countries. As of July 2019, it has also began operating another 291 schools

The Turkish government has provided TL 723 million since the establishment of the foundation, while it has also received TL 18.5 million donations.

FETÖ has a considerable presence abroad, particularly in the U.S., where it runs a chain of charter schools that serve as a revenue stream for the terrorist group.

The U.S. is home to a large community of Gülenists, includi​ng the group's leader Fetullah Gülen, who has lived in a self-imposed exile on a secluded compound in the U.S. state of Pennsylvania since 1999.

While the Maarif Foundation has representatives in 55 countries, it also made official contact with 99 countries for educational activities. It educates more than 30,000 students at 272 schools in 33 countries. The foundation has also signed protocols with 43 countries and is soon planning to start educational activities. It also runs 36 dormitories in different countries. Alongside opening new schools worldwide, the Maarif Foundation has been taking control of FETÖ-linked educational institutions after the group orchestrated a coup attempt on July 15, 2016, killing 251 people and injuring nearly 2,200.

These FETÖ schools are usually gathered under umbrella organizations and managed through foundations. As an example, 46 schools are named "Harmony" in Texas, 30 schools named "Concept" in and around Ohio, and some others are called "Magnolia." Besides offering education, the Maarif Foundation also provides assistance to many high school students, who are looking for higher education in Turkey. To that end, the foundation has already signed protocols with 42 Turkish universities. These protocols focus on many areas including teacher training and Turkish language courses for foreign students.

The foundation also holds matriculation examination or Examination for International Students (YÖS) for foreign students at its schools abroad.