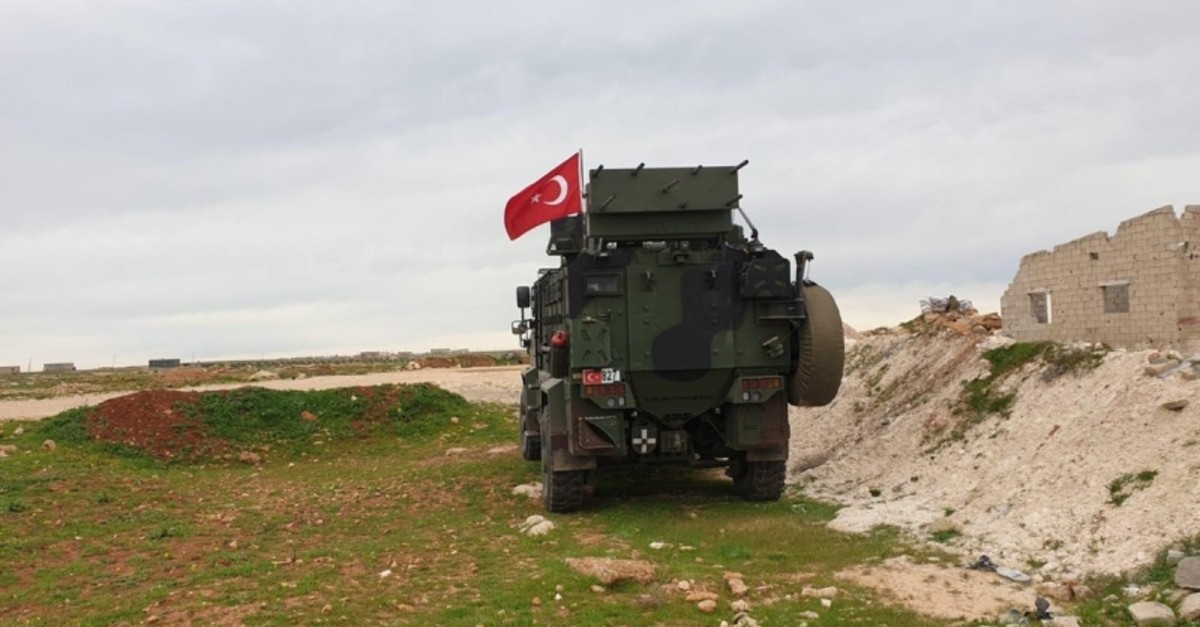 According to a statement by the ministry, TSK units in the Euphrates Shield Operation area came under attack and harassment fire from YPG terrorists in Tel Rifaat. The Turkish forces responded by striking targets belonging to the terrorists.

The YPG, the PKK's Syrian branch, has managed to occupy one-third of Syria under the guise of fighting against Daesh with U.S. support.

The YPG terrorist group has occupied Tel Rifaat for three years. The YPG occupied Tel Rifaat in 2016 in hopes of linking Afrin, a city in northwestern Syria, to areas under its control east of the Euphrates River, thus establishing a zone of influence along Syria's border with Turkey.

However, the Syrian district of al-Bab, which is located between Tel Rifaat and Manbij, falls within the area-of-operations of Turkey's Euphrates Shield, a cross-border operation launched in August 2016, thus disrupting the YPG's sought-after territorial link.

In January 2018, the Turkish military and Free Syrian Army (FSA) elements launched Operation Olive Branch to clear Afrin district of terrorist groups, liberating the town center in March. Some 250,000 refugees from Tel Rifaat and its outskirts have taken up temporary residence in the opposition-held city of Azaz, located adjacent to the Euphrates Shield zone.

The U.S. has been providing support to the YPG under the pretext of fighting against Daesh terror group, despite outcry from Ankara, who views the YPG's presence on its southern border as a grave threat.