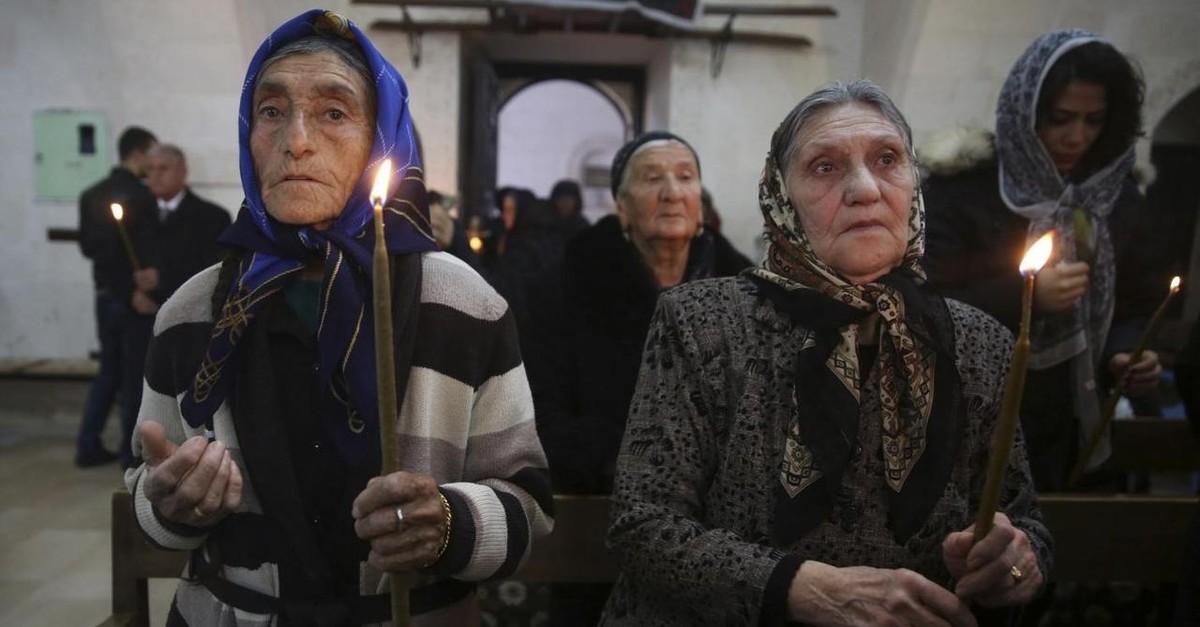 The People's Protection Units (YPG) and its political entity the Democratic Union Party (PYD) are systematically pressuring Syriacs in areas under the YPG/PYD's control, going as far as kidnapping Syriac youth and closing down Syriac schools, the Istanbul Syriac Orthodox Foundation (Istanbul Süryani Kadim Vakfı) said in a statement late Tuesday, in an international call for action against the terror threat posed by the PKK's Syrian affiliates.

The foundation underscored that the YPG's forced kidnapping and threats coupled with the shutting down of Syriac institutions was forcing most of the community to leave Syria.

"Many Syriac civil society organizations have previously published reports protesting this situation and stated that ancient communities integrated within this geography should not be let to the mercy of terrorist organizations," the foundation said.

Reiterating that the Syriac community supports Turkey's planned operation against the PKK/YPG, it said "all measures need to be taken" to prevent harm to Christian groups living in the region.

"We invite the international community to take more responsibility," the foundation urged.

Syrian Christians have long been critical of the oppressive practices of the YPG in northern Syria. In August 2018, the Armenian and Assyrian private schools in the town of Malikiyah, also known as Derik in Kurdish, were also closed on Aug. 7 with decrees issued by YPG-linked local education authorities citing that they did not take necessary permissions or abide by the curriculum. Following the decision, Syrian Christians gathered in the center of Qamishli and demonstrated against YPG rule.

Also, in February 2018, the World Council of Arameans (Assyrians) announced that the YPG forcefully kidnapped and recruited Assyrian, Kurdish and Arab children to fight for them and violated the rights of the local population. "The YPG talks about democracy, human rights and free will, but they do not uphold these ideals and forcefully kidnap children from their families and arm them," said Johnny Messo, a Dutch-Assyrian politician who has been serving as president of the council since 2009.

Groups like the Human Rights Watch, Amnesty International, the KurdWatch, as well as the United Nations have reported that the YPG have used child soldiers, forcefully recruited members for combat, forcing people out of areas under its control, carried out arbitrary arrests and confiscated property, which led to major demographic changes.

Turkey has long argued against U.S. support for the YPG in the fight against Daesh, arguing that the YPG has organic links with the PKK, and that a terrorist group cannot be defeated by another one.

The PKK, listed as a terrorist organization by Turkey, the U.S. and the EU, has been responsible for the deaths of some 40,000 people, including women and children in its more than 30-year terror campaign against Turkey.