Turkey will not move post in Syria, warns regime not to 'play with fire' 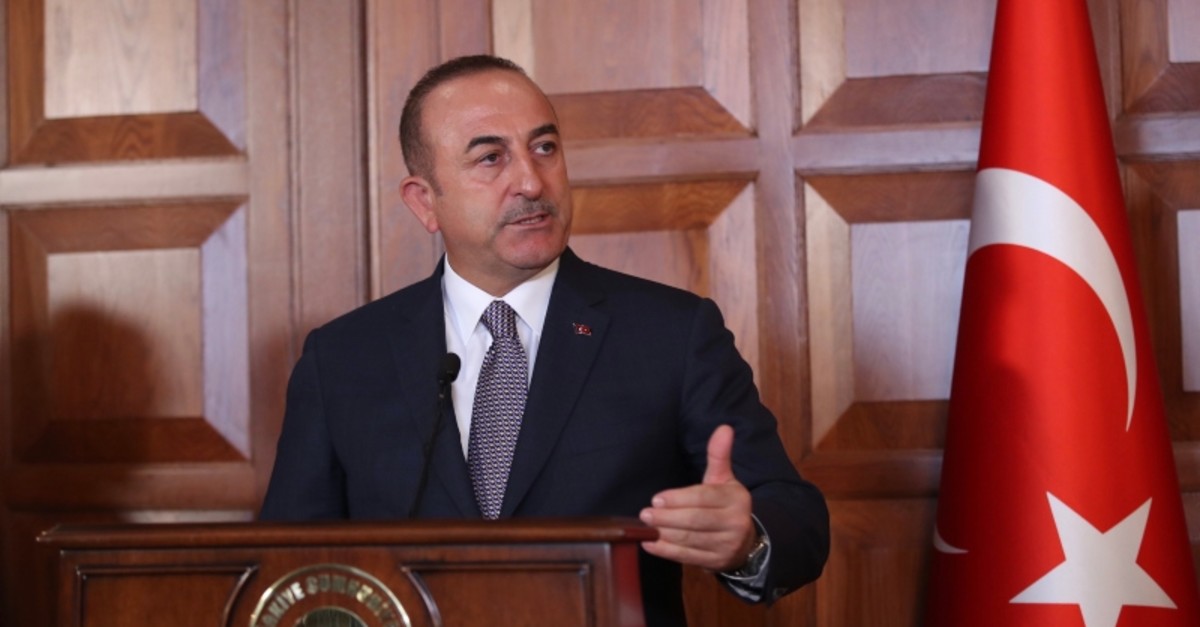 A day after an airstrike on a Turkish military convoy killed three civilians and injured 12 others in northwestern Syria, Foreign Minister Mevlüt Çavuşoğlu on Tuesday warned the Syrian regime against taking any reckless action.

"The regime needs to not play with fire. We will do whatever it takes to ensure the security of our soldiers and observation posts," Çavuşoğlu told a press conference in the capital Ankara. But, he added, "we hope it does not reach that point."

Monday's attack occurred amid a troop transfer to Idlib in northwestern Syria meant to ensure the safety of a Turkish observation post in the de-escalation zone, keep supply routes open, and prevent civilian casualties in the region.

Çavuşoğlu said Turkey has no intention of moving the post, possibly to further north. "Right now we don't have an intention such as moving this elsewhere. It will carry on with its mission," he said, adding that necessary security and military measures were being taken.

The observation point was one of 12 set up by Turkey in northwest Syria under the Astana Peace Process with Russia and Iran aimed at reducing fighting in Syria's northwest. Moscow and Tehran strongly support Bashar al-Assad's regime, while Turkey backs some opposition fighters in the region.

Çavuşoğlu said Turkey was in contact with Russia "at every level" following Monday's incident and to reintroduce a ceasefire in the Idlib region of northwest Syria.

Assad regime forces and allied militia stepped-up military operations in the area four months ago. The offensive has killed hundreds of people and forced hundreds of thousands of people to flee towards the Turkish border. Turkey fears the fighting will trigger a further influx of Syrian refugees, 3.6 million of whom already live in Turkey.

Regime forces advanced into Khan Sheikhoun in southern Idlib on Monday for the first time since the town fell under the control of the opposition in 2014. Russian-backed Syrian regime advances around Khan Sheihkoun had threatened to encircle opposition fighters in their last remaining territory in northern Hama, including the towns of Latamneh and Kafr Zeita.

Opposition groups withdrew from the town following the regime advances, according to the Syrian Observatory for Human Rights. The Observatory said Syrian opposition fighters who had stayed behind in that area had gathered at a Turkish observation point in the town of Morek, in the territory abandoned by the opposition.

A statement on Tuesday from the main al-Qaida-linked faction in Syria, Hayat Tahrir al-Sham (HTS), said its move Tuesday was "a redeployment" and that its fighters withdrew to the southern part of the town of Khan Sheikhoun from where they would continue to defend their territory.

Turkey and Russia agreed last September to turn Idlib into a de-escalation zone where acts of aggression are expressly prohibited. The Syrian regime and its allies, however, have consistently broken the terms of the cease-fire, launching frequent attacks inside the de-escalation zone.

The zone is currently inhabited by about 4 million civilians, including hundreds of thousands of people displaced in recent years by regime forces from cities and towns throughout the war-weary country.

The U.S. called on the Syrian regime and its allied forces Monday to immediately halt all hostilities in northwestern Syria's Idlib province, condemning the airstrike targeting the Turkish military convoy.

"The Assad regime and its allies must return to the ceasefire in #Idlib now," State Department spokeswoman Morgan Ortagus said on Twitter.

"Today's reckless airstrike on a Turkish convoy follows ongoing vicious attacks against civilians, humanitarian workers, and infrastructure. We condemn this violence and it must end."

Syria has been locked in a vicious civil war since early 2011, when the Assad regime cracked down on pro-democracy protests with unexpected ferocity. Since then, hundreds of thousands of people have been killed and more than 10 million others displaced, according to U.N. officials.