3 soldiers killed, another wounded in anti-PKK op in SE Turkey 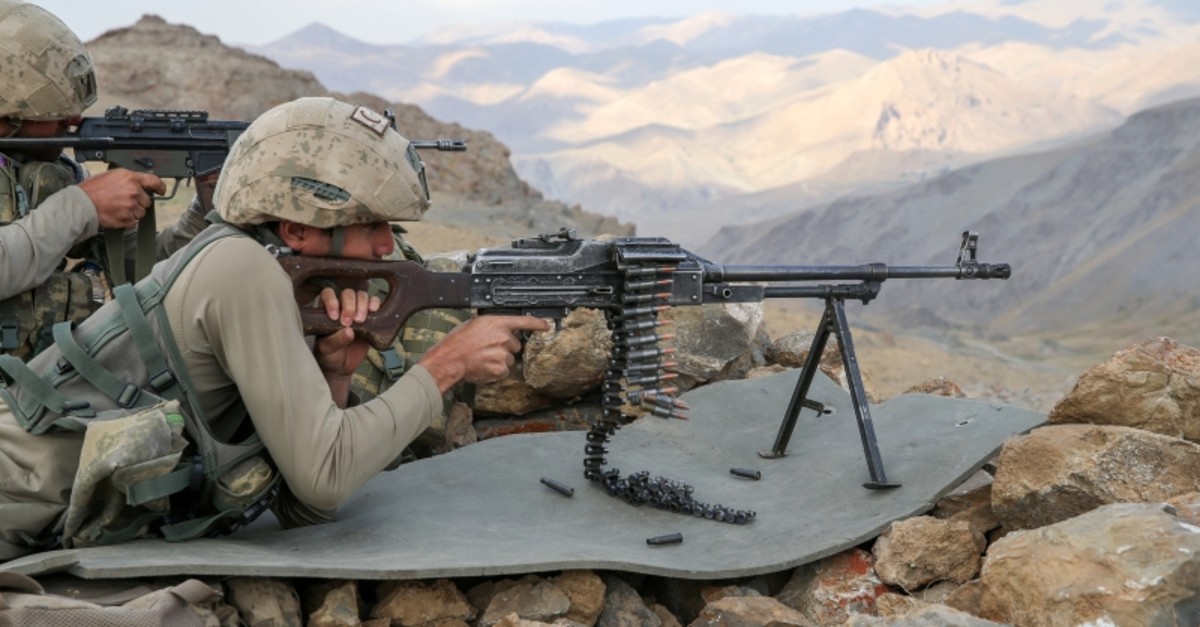 Three Turkish soldiers were killed and another was wounded during a counterterrorism operation in the Silopi district of southeastern Şırnak province, the provincial governor said Wednesday.

Turkish security forces organized an operation in the Kösreli village for the protection of Turkey Petroleum Corporation (TPAO) employees working there and to neutralize PKK terrorists in the region.

In a clash between troops of the Çakırsöğüt Gendarmerie Commando Brigade Command and PKK terrorists, one soldier was killed and another three injured. Two of the wounded soldiers later died.

Meanwhile, a PKK terrorist was "neutralized" in air-supported operations in Şırnak, according to the governor's office.

Counterterrorism operations in the region are continuing, the statement by the governor's office noted.

On Sunday, Turkey launched Operation Kıran against PKK terrorists in the three neighboring provinces of Şırnak, Hakkari and Van.

The Interior Ministry said in a statement Monday that the operation aims to neutralize PKK terrorists and destroy encampments and shelters in dozens of districts, villages and valleys in the three provinces. The operation includes 129 security force teams and 14 battalions.