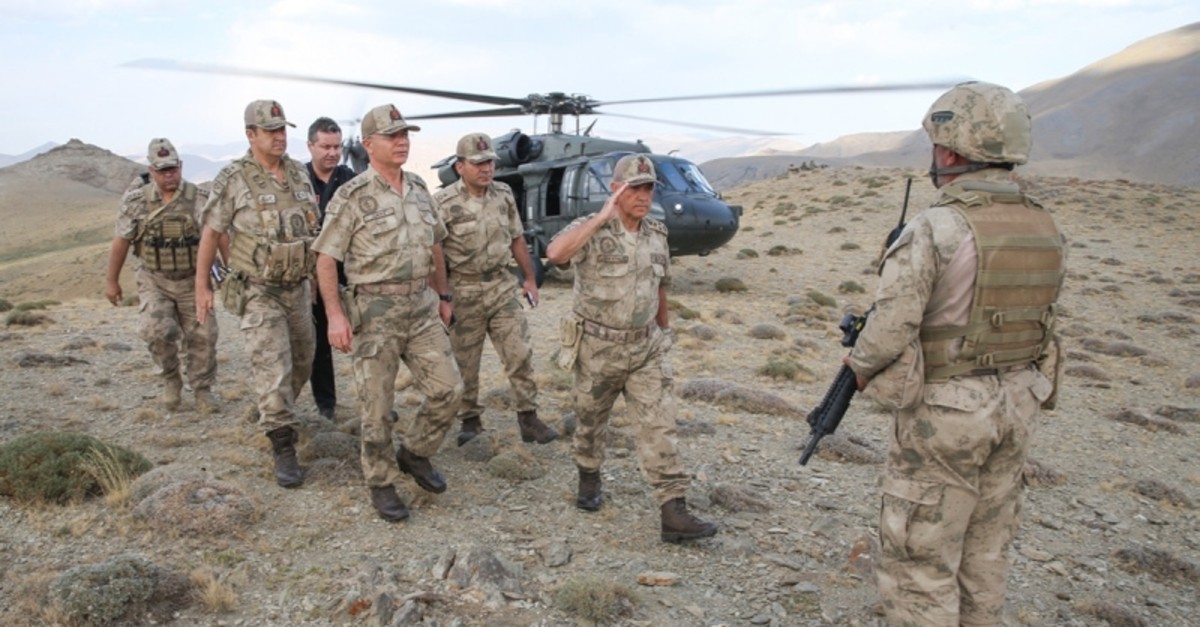 The gendarmerie commander-general on Wednesday gave an update on Turkey's counter-terror Operation Kıran in the east and southeast, noting that the mountains in Van have been "completely cleared of terrorists."

"If there are any remaining elements, we will clear them as soon as possible," Gendarmerie Commander Gen. Arif Çetin said during a visit to 3,200 troops stationed on Mount Bulgurlu in Gürpınar district of eastern Van province.

"We are working together to make our flag fly forever," he told the soldiers.

Operation Kıran was launched Sunday by the Ministry of Interior against the PKK terrorist organization in Şırnak, Hakkari and Van provinces.

The Interior Ministry said in a statement Monday that the operation aims to neutralize PKK terrorists and destroy encampments and shelters in dozens of districts, villages and valleys in the three provinces. The operation includes 129 security force teams and 14 battalions.

Çetin said the operation is continuing successfully in the triangle area between Şırnak, Hakkari and Van provinces, noting that Turkish security forces will continue the fight against terror until the last terrorist is neutralized.

He said security forces are scanning the mountains for terrorists from 3,200 meters to 3,650 meters in elevation.

"Our operations will continue uninterrupted day and night, summer and winter, in cold and hot (weather), until all terrorists are neutralized," he emphasized.

"We will permanently establish the security of our citizens and our nation within our country," he said.