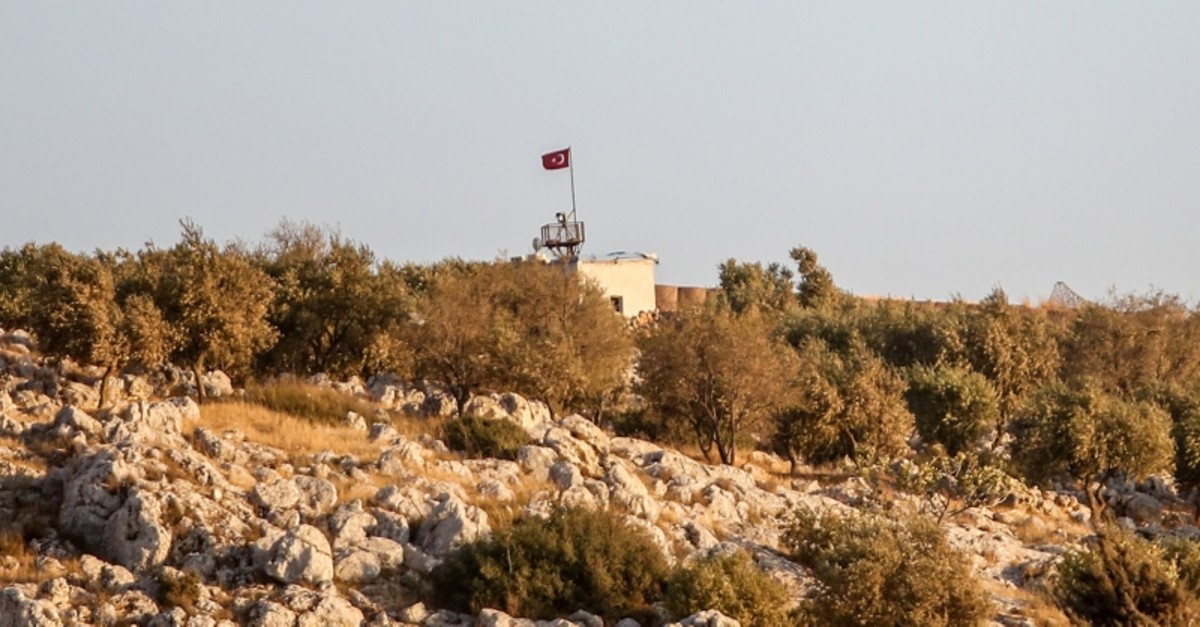 No damage or casualties reported in the incident in which the jets opened fire with heavy machine guns, according to officials speaking on condition of anonymity.

The observation point is located some 25 kilometers (15 miles) northeast of the town of Khan Sheikhoun, which was captured by Assad regime forces and its allied militia on Wednesday after intense artillery bombardment and airstrikes.

Turkey has 12 such posts in and around Idlib province, the last bastion of groups fighting the Assad regime, was declared a de-escalation zone in September 2018 following an agreement with Russia and Iran. However, the regime and its Russian allies continued attacks in the region citing the heavy presence of Al-Qaida linked Hayat Tahrir al-Sham terrorist group, which controls most of Idlib since January.

On Monday, a Turkish military convoy which crossed into northwest Syria on Monday to head for the No. 9 observation point in Morek observation near Khan Sheikhoun came under attack of regime jets, killing three civilians and injuring 12 others.

Following the incident, Ankara issued stern warnings to Damascus to refrain from moves jeopardizing the security of Turkish soldiers.

"The regime needs to not play with fire. We will do whatever it takes to ensure the security of our soldiers and observation posts," Foreign Minister Mevlüt Çavuşoğlu said Tuesday.

Presidential Spokesperson Ibrahim Kalın also said Wednesday that the observation points will remain in their place and their withdrawal or relocation is out of the question, adding that efforts continue to fortify these outposts.

The de-escalation zone is currently home to some 4 million civilians, including hundreds of thousands recently displaced by regime forces throughout the war-weary country.