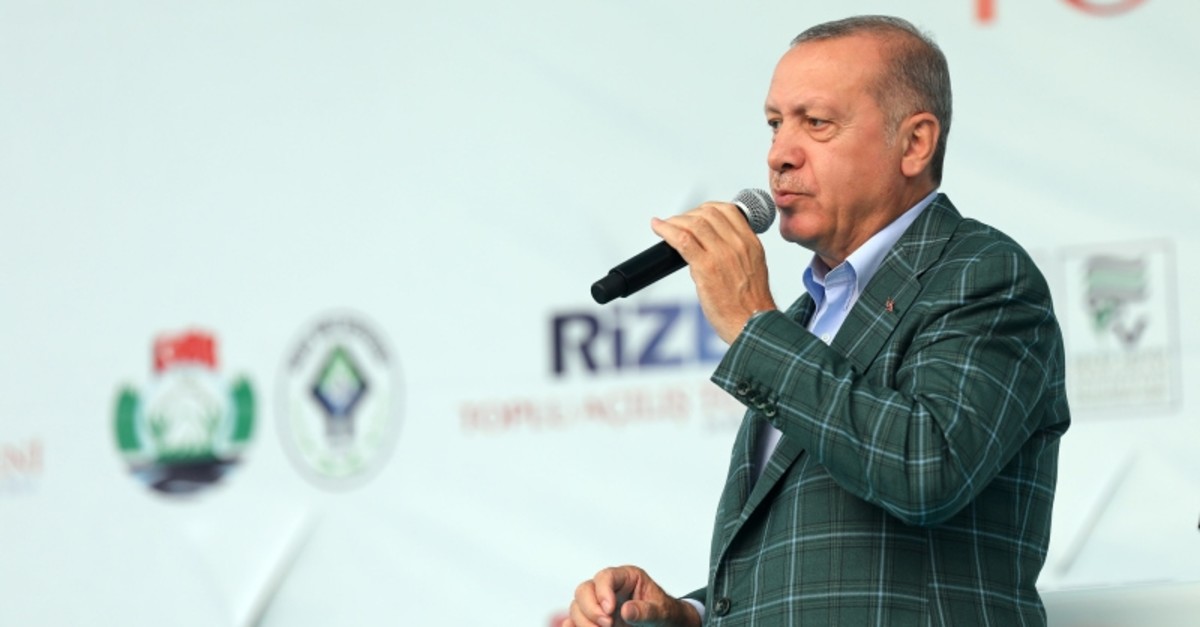 All mayors "misusing municipal facilities" will face the same fate as the three who were recently suspended for providing support to the PKK terrorist organization, President Recep Tayyip Erdoğan warned Saturday.

Speaking at an opening ceremony in the northern Black Sea province of Rize, Erdoğan stressed that Turkey would not allow "a single cent" of the government to go to for terrorist organizations.

Erdoğan added that Ankara would continue to monitor this issue and act if needed.

According to an official statement by the Interior Ministry on Monday, the mayors of Diyarbakır, Mardin and Van provinces – Adnan Selçuk Mızraklı, Ahmet Türk and Bedia Özgökçe Ertan, respectively – have been suspended for supporting terrorism. The state-appointed governors of the provinces will temporarily replace the suspended mayors as trustees.

Meanwhile, referring to the Turkish presence in the Eastern Mediterranean, Erdoğan underlined that Turkish seismic and drilling vessels continued to carry out their activities in the region.

"When we find petroleum or natural gas in the Eastern Mediterranean all those who now oppose us will line up at our door," said Erdogan.