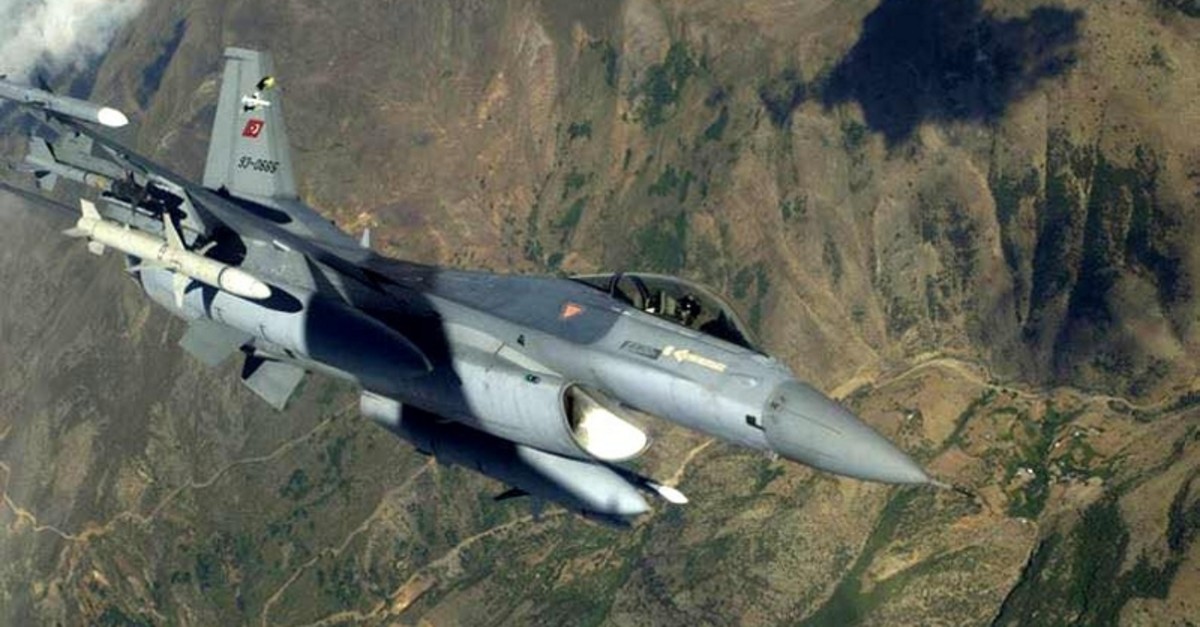 In Turkey's ongoing fight against PKK terrorists outside the country, 15 terrorists were neutralized within the scope of the newly launched cross-border Operation Claw-3 in northern Iraq, the National Defense Ministry announced late Sunday.

Airstrikes were carried out in the Zap region in coordination with the ongoing Operation Claw, the ministry said on Twitter, adding that the airstrikes also destroyed weapon emplacements and shelters used by the PKK terrorists,

Operation Claw-3, which is a follow up of the previous two, was initiated on Friday in the Sinat-Haftanin region in northern Iraq. The operation was launched to facilitate border security, eliminate the presence of terrorists, and destroy terrorist caves and shelters in the region, the ministry stated.

"We will make life unbearable in these mountains for treacherous terrorists and will destroy their caves," Foreign Minister Mevlüt Çavuşoğlu stated on Sunday after three soldiers lost their lives and a further seven were injured during a conflict with terrorists.

Besides planes from the air forces command, helicopters, unmanned aerial vehicles (UAV) and domestically produced arms and munitions are being used in the operation. "The operation continues with success as planned. The terrorists have no choice but to surrender and give up. Our soldiers enter the hideouts of terrorists and clear them off one by one. Our struggle will last until the last terrorist has been eliminated," Defense Minister Hulusi Akar said Saturday.

Indicating that Operation Claw 1 and 2 are also ongoing in the Hakurk region, Akar added, "A total of 654 terrorists were eliminated in the last eight months in various operations conducted in northern Iraq, 64 of which were killed in Operation Claw-1 and 16 in Operation Claw-2."

PKK terrorists often use northern Iraq as a base to plan cross-border terrorist attacks on Turkey. The Hakurk region is among the main locations PKK terrorists use to infiltrate Turkey or attack Turkish border outposts. The area is located 30 to 40 kilometers south of the Derecik district of southeastern Hakkari province, bordering Iraq, and currently serves as the main base for terrorists between their headquarters in the Qandil mountains near the border with Iran and Turkey. The Hakurk area facilitates terrorist crossings between Qandil and Iraq's Salahuddin province that borders Syria, where the PKK's Syrian offshoot, the People's Protection Units (YPG), control large swathes of territory.

The Turkish Armed Forces (TSK) regularly conduct counterterrorism operations to fend off PKK militants that have been terrorizing the country for more than 30 years. Besides military offensives, security forces also strive to cut the financial ties of the terrorist organization through operations against drugs and illegal activities.

The terrorists were targeted in an anti-terror operation in the Tuğlu district of southeastern Hakkari province, where many weapons and survival materials were seized, the provincial governorship said in a statement