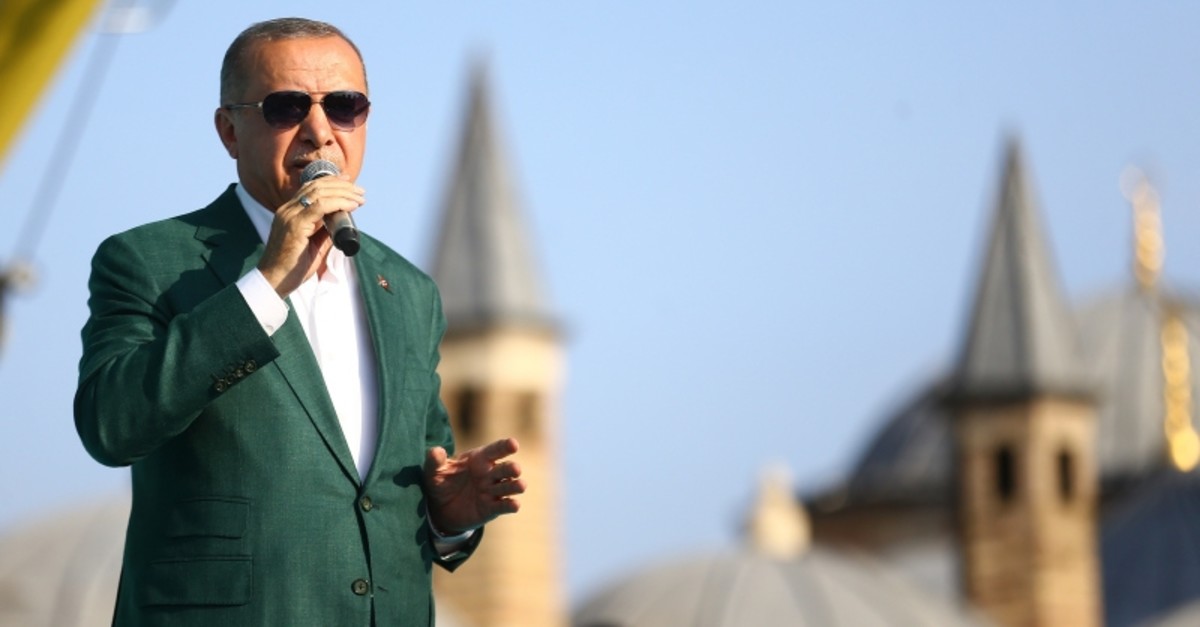 Addressing the crowd yesterday in the central Anatolian city of Konya during an inauguration ceremony, Erdoğan reminded listeners that the CHP assured voters that they would not fire anyone from municipalities if they win before the elections. Erdoğan said that the CHP lied to citizens despite pre-election promises.

"They said they would not fire anyone from municipalities, yet they did. There are some things that we will do about it," he added.

Erdoğan also slammed the CHP's support to the pro-PKK Peoples' Democratic Party (HDP) and mayors who were suspended due to their links with terrorism.

"The mayor of Istanbul rubs shoulders with those who have links with terrorism in Diyarbakır," said Erdoğan referring to Istanbul Mayor Ekrem İmamoğlu's visit to southeastern Diyarbakır to show support to the suspended HDP mayors.

"Those who cannot take up a position against terrorism cannot be a mayor or a politician," he added.

The mayors of Turkey's Diyarbakır, Van and Mardin metropolitan municipalities were suspended two weeks ago by the Interior Ministry over terrorism charges. According to an official statement by the ministry, the mayors of Diyarbakır, Mardin and Van provinces – Adnan Selçuk Mızraklı, Ahmet Türk and Bedia Özgökçe Ertan, respectively – were suspended for supporting terrorism.

Accusations against the three include attending funerals of PKK terrorists, changing street or park names to those of known militants and singing the group's anthem, according to the Interior Ministry statement. The ministry also listed a series of charges and ongoing trials against the three mayors.