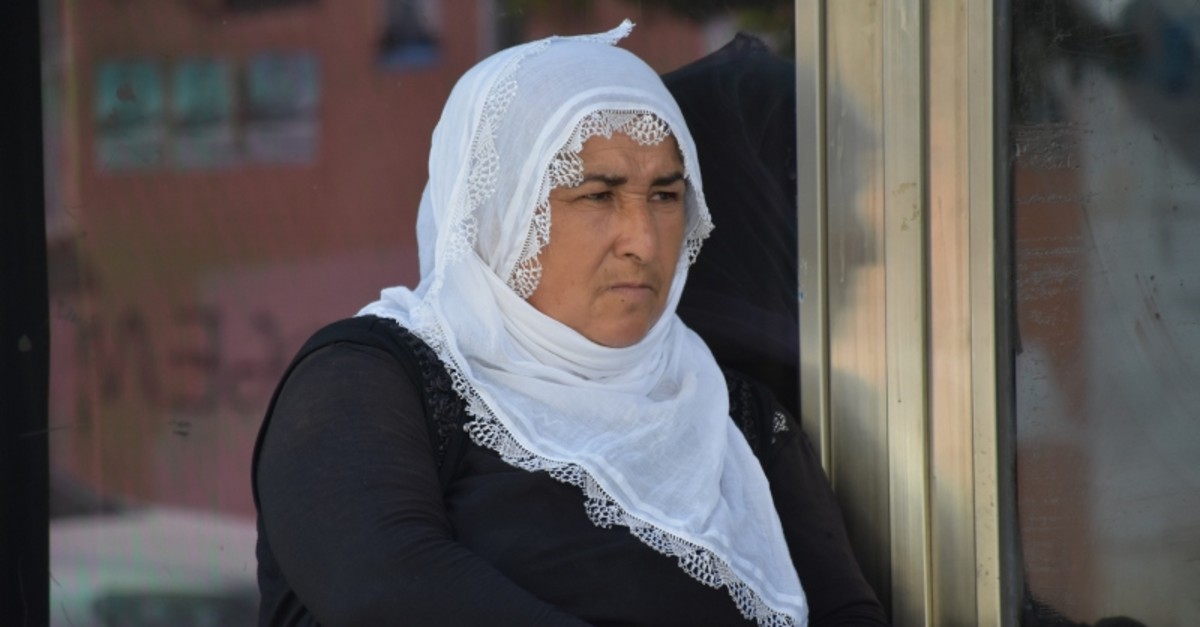 Mothers, whose sons were abducted by the PKK, carried out a sit-in protest with family members in front of the provincial headquarters of the pro-PKK Peoples' Democratic Party (HDP)

A mother, who claims her son was abducted by the PKK terror group, yesterday started a sit-in protest in front of the pro-PKK Peoples' Democratic Party (HDP) provincial office in southeastern Diyarbakır, while the memories of Hacire Akar are still fresh. Fevziye Çetinkaya went to the police station on Monday and filed a missing person's report for her son and a criminal complaint that her 17-year-old son was abducted by the PKK and taken into the mountains. Following her official complaint, she started a sit-in protest yesterday along with her husband Şahap Çetinkaya and their four children.

Another mother, Hacire Akar had conducted a sit-in protest in front of the HDP provincial organization in southeastern Diyarbakır province two weeks ago for her 21-year-old son Mehmet Akar, who was missing for three days after he was abducted by the PKK terror group.

She demanded her son back and spent a whole night outside. She said she would continue her protest despite obvious fatigue. Akar said her son was forcibly taken into the mountains. "My son entered the HDP provincial building and did not come out," she claimed. The HDP is known for its support and close links to the PKK terrorist organization. Following her sit-in, and with the help of security forces in Diyarbakır, Akar was finally reunited with her son.

Following Çetinkaya's attempt to break windows of the building, a brawl between protesters and party officials erupted and the police forces stepped in.

As time passes, other families, such as the Biçer family, whose son, 18-year-old Mustafa Biçer, was kidnapped 10 months ago, also joined the protests. As the intensity of the protests increases, the HDP has shut its doors.

"I will not leave my son with them," said Ayşegül Biçer, the 35-year-old mother of Mustafa who has been suffering from cancer.

"He left the house on Saturday morning on Nov. 17, 2018. Two days later, he called us. When he called us, we were been informed that he is with the [PKK's Syrian affiliate, the People's Protection Units] YPG. Some YPG figures talked with us," Biçer said, underlining that she has been fighting against these groups ever since and will continue to do so.

"It's been 10 months. There is no news from him. We do not enjoy our lives anymore; we cannot stand to stay at home. I'm a cancer patient. I've been struggling with that for three years now. He was my only son. Why did they have to take him from me?" she asked, filled with emotion.

Biçer also added that they believe their son is at the YPG's camps in Tal Abyad, Syria.

"I'm calling on the HDP. How does this matter regard the Kurds? I'm Kurdish. No one has ever meddled with me. The state has done nothing bad to me. This is the fight for what? You have been taking our sons away from us... explain to me why is that?" she cried.

Similar events have taken place previously and have continued since the PKK started its more than 30-year terror campaign against Turkey, responsible for the deaths of some 40,000 people, including women, children and infants.

Nongovernmental organization (NGO) representatives were also present at the protest and pointed out that abducting a child for war and conflict falls in the U.N.'s category of crimes against humanity. Blaming the HDP for being indifferent to the fact that children are being handed guns and trained for war, the protesters voiced their anger and asked for the government's help.

In July, the PKK and their Syrian affiliate, the People's Protection Units (YPG), admitted recruiting children between the ages of 11 and 16 for terrorist activities in a meeting with a U.N. representative.

Virginia Gamba, the U.N. secretary-general's special representative on children in armed conflicts, met with a YPG terrorist in Geneva and signed a deal to end the recruitment of child soldiers. However, the practice of abduction to recruit terrorist militants still continues