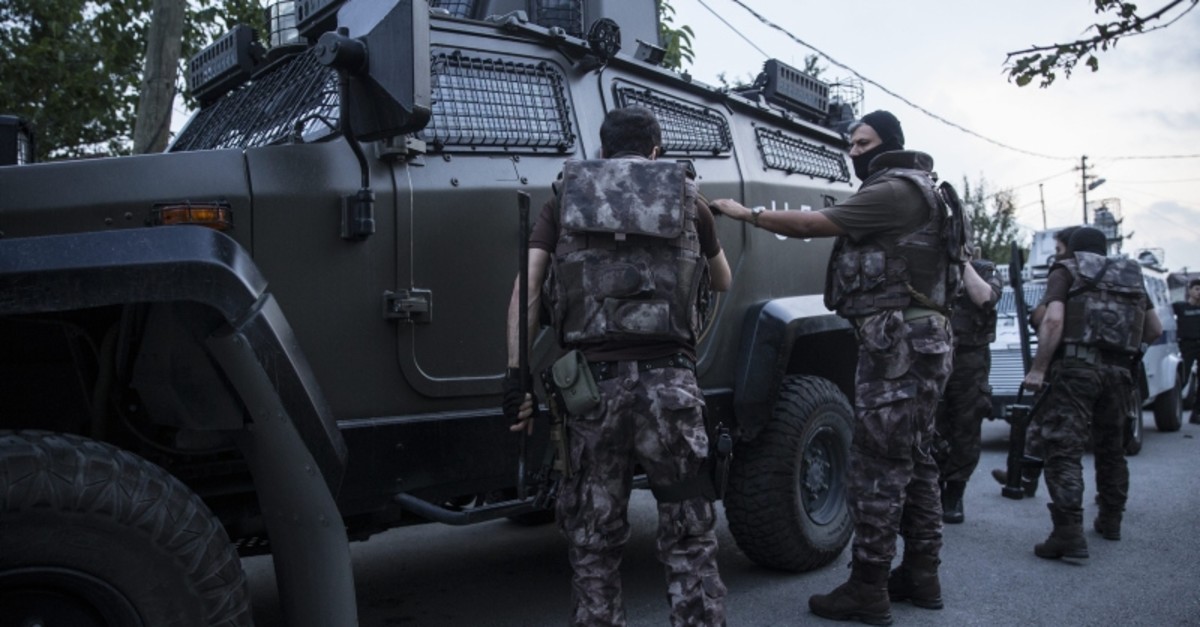 The terrorists were arrested in a joint operation by the Turkish National Intelligence Service (MIT) and Turkish security forces, said the sources, who spoke on condition of anonymity due to restrictions on speaking to the media.

A Turkish court remanded the suspects, who were said to have been trained in Syria by the Civil Protection Units (YPS), an affiliate of the PKK terrorist organization.

In a written statement on a pro-PKK website last month, the group, calling itself "the Children of the Fire Initiative," took responsibility for starting 27 separate forest fires in western Turkish cities, between July 11 and Aug. 24, including the one in western Izmir province, which affected more than 500 hectares of forest in the Karabağlar, Menderes and Seferihisar districts.

The PKK-linked group said they razed the forests as an act of revenge, further claiming that they would continue to do so "until a free autonomous Kurdistan" is established.

In its more than 30-year terror campaign against Turkey, the PKK — listed as a terrorist organization by Turkey, the U.S. and the EU — has been responsible for the deaths of nearly 40,000 people, including many women, children, and infants.

In addition to suicide bombings, deadly ambushes and massacres of civilians, the PKK either claimed or was accused of starting numerous forest fires.

The terrorists were killed during Operation Claw-3, fighting the PKK in northern Iraq since Aug. 23.

On May 27, Turkey launched Operation Claw against the PKK in the Hakurk region of northern Iraq. Over 265 terrorists have been neutralized in northern Iraq since the operation began.