US won't send more troops to Syria for patrols with Turkey: general 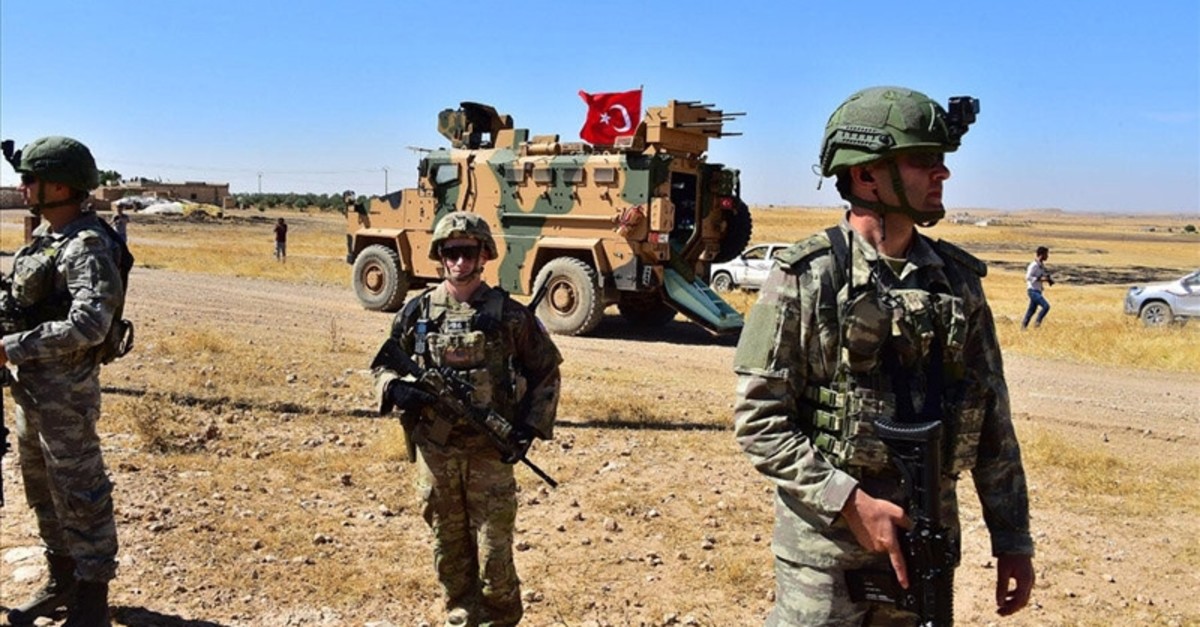 | Sabah photo
by Daily Sabah with Reuters Sep 13, 2019 9:57 pm
The U.S. military will not increase troop levels in Syria to carry out joint patrols with Turkish forces, a top general said Friday, adding that his goal was to eventually reduce the number of U.S. forces in the country.

U.S. troop levels in Syria, which number around 1,000, have been under intense scrutiny since President Donald Trump last year ordered their complete withdrawal - only to later be convinced to leave some forces behind to ensure that Daesh terrorists cannot stage a comeback.

The New York Times reported on Thursday that the Pentagon was preparing to send about 150 troops to conduct ground patrols with Turkish forces.

But Marine General Kenneth McKenzie, head of U.S. Central Command, said the new mission would not require additional forces in the country.

"We're not going to increase our footprint on the ground in order to conduct those patrols," McKenzie said during a trip to Baghdad, while acknowledging that troop levels can fluctuate as forces rotate into and out of Syria.

"We're going to do patrolling with the Turks (and) we'll manage that within the current number while actively seeking opportunities to get smaller over time."

Turkey has reiterated its plans to clear PKK terror group's Syrian affiliate People's Protection Units (YPG) from the area on its southern border. The U.S. has partnered with the YPG purportedly in its fight against Daesh, sending truckloads of weapons and providing training to the terrorist group, seriously straining ties with Ankara.

As a step toward addressing Ankara's concerns, the United States has started carrying out the joint patrols with Turkey, with the first land patrol on Sunday and the fourth joint overflight of the area on Thursday.

However, the joint patrols have not fully satisfied the requests of Turkey, which wants the operations to expand rapidly as far as 20 miles (32 km) from its border to create a safe zone controlled by Turkish troops.

The safe zone agreement envisages setting up necessary security measures to address Turkey's security concerns, including clearing the zone of YPG terrorists. It also includes measures to create a safe and stable living space for Syrian refugees returning from Turkey. Turkish officials have frequently said another refugee wave was quite possible due to the continuous regime attacks, particularly in northwestern Syria's Idlib.

U.S. and Turkish officials cautiously hailed the actions of the week, while remarking that more substantive steps would be required to make significant progress.

Turkey has undertaken several successful military offensives into northern Syria, such as Operation Olive Branch and Operation Euphrates Shield, to eliminate terrorists along the border, including the YPG and Daesh. Another unilateral intervention east of the Euphrates remains a strong possibility.

The possibility of a unilateral intervention originates from Turkey's doubtful view toward the U.S., which has in many cases sided with PKK-affiliated groups instead of responding to its NATO ally's security concerns.

Before the safe zone deal, Turkey and the U.S. agreed on a road map in June 2018, foreseeing the withdrawal of the YPG from northern Syria's Manbij and initiating joint Turkish-American patrols, which eventually began last November. However, the process has been sluggish as the terrorist group maintains a presence in the city despite the three-month timetable set to implement the deal.
RELATED TOPICS