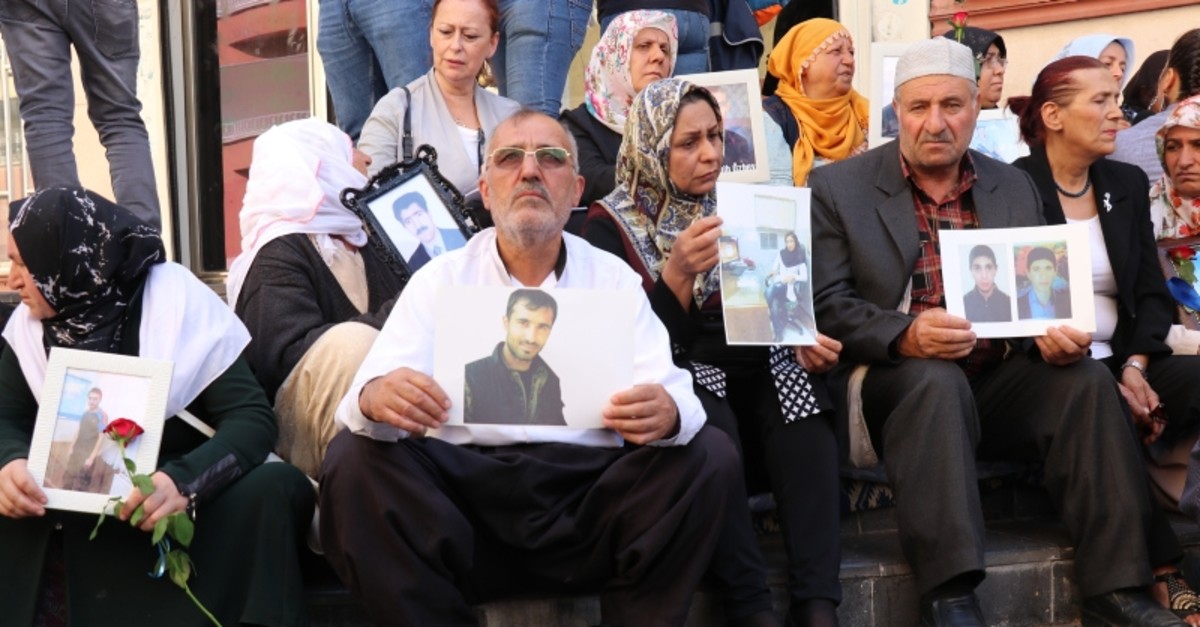 More families on Monday joined a sit-in outside the provincial office of a pro-PKK opposition political party in southeastern Turkey's Diyarbakır, including five families from Iran whose children were abducted by the terrorist group's Iranian offshoot.

The protest started on Sept. 3 after a mother, Fevziye Çetinkaya, said her 17-year-old son was forcibly recruited by the PKK through members of the Peoples' Democratic Party (HDP).

Vahide Sunar, a mother who attended the sit-in on Monday, said she joined the protesting families for her son Ahmet Sunar, who was kidnapped by the PKK in 2014 in the Dicle district of southeastern Diyarbakır province.

"I got courage after seeing the protesting families here and joined them", Sunar said.

Noting that she has a special child to take care of, Sunar said she will keep on coming to the sit-in whenever she can.

On the 14th day of the sit-in, the number of families waiting in front of the HDP's provincial headquarters has reached 35.

Five Iranian families also joined the sit-in for their children -- who were kidnapped by the Kurdistan Free Life Party (PJAK), the offshoot of the PKK terrorist group based in Iran.

Last month, another mother, Hacire Akar, staged a similar protest near the party's office. Her son returned home a few days later giving hope to a number of mothers who suffer the same circumstances.