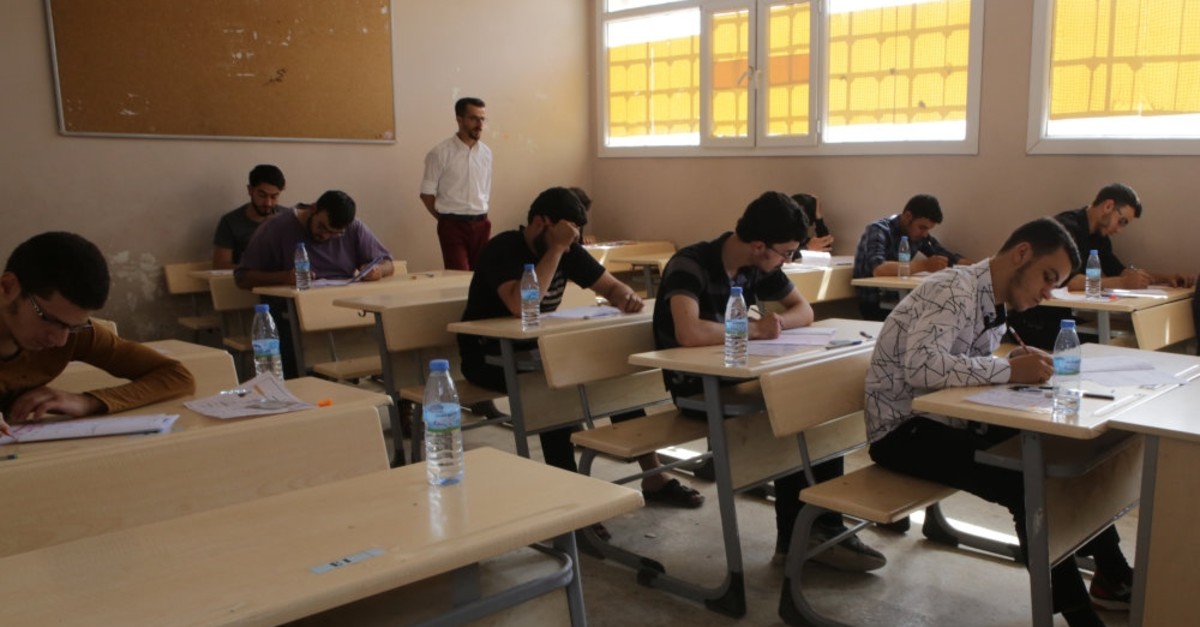 In its latest initiative to improve educational activities in the areas liberated through counterterrorism operations, Turkey plans to open three university faculties in Afrin

Turkey has been preparing to establish university faculties of Turkish language and literature, economics and theology in northern Syria's northwestern province of Afrin, which was cleared of terrorist groups through cross-border operations by the Turkish military last year. With Turkey's education initiative, Syrian youth in the region will have the opportunity to study at university level in their own country. The university faculties will be opened under the umbrella of some Turkish universities. However, it is not clear which university will open the faculties yet. Departments will be decided depending on the necessities and demands in the region. Following the security and stability provided in the area, Turkey led a large-scale initiative of transformation and restoration. Education is one of the most important areas in the transformation of the region.

By establishing university faculties in the region, local people will be able to take university education.

Turkey carried out two cross-border operations west of the Euphrates River, Operation Euphrates Shield in August 2016 and Operation Olive Branch in January 2018 to drive out terrorist groups, including the YPG and Daesh, from its borders. Turkish and Free Syrian Army (FSA) forces entered Afrin town center and liberated it from terrorists on March 18.

Following the operations, Turkey has also been rebuilding the town's infrastructure, as well as health and education institutions. Schools are being renovated and a hospital is being built. Turkey is also helping the locals build olive oil facilities in the town where agriculture is the main source of income for residents. Since the terrorists were cleared from the city, many locals have been able to open new shops in the city center. Turkish products can easily be found in these shops and people can also shop using Turkish lira.

Nearly 354,000 Syrians returned to these areas, according to Interior Minister Süleyman Soylu yesterday.

Following Operation Olive Branch, many Turkish humanitarian agencies, including the Turkish Red Crescent, have been distributing food daily in the district center and villages, with to meet the needs of the people.

Meanwhile, as part of the Education for Everyone in the Time of Crises Project III, a protocol between the National Education Ministry and the EU Delegation to Turkey was signed to build 100 million euros worth of 180 new schools for Turkish and Syrian children.

Speaking at the signing ceremony, Deputy Minister Mustafa Safran said that nearly 1.1 million Syrian children are living in Turkey and underlined the importance of education these young people.

Sharing a 911 km-long border with war-torn Syria, Turkey has been playing a pivotal role to alleviate the suffering of Syrians who had to leave their country. Turkey followed an open door policy and has been hosting over 3.5 million refugees, the largest Syrian refugee community in the world. The country has spent some $30 billion on the needs of refugees living in tent camps and those living outside the camps on their own.

While providing shelter to many Syrians, Turkey also raised hopes for them to return to their homes with its counterterror operation.