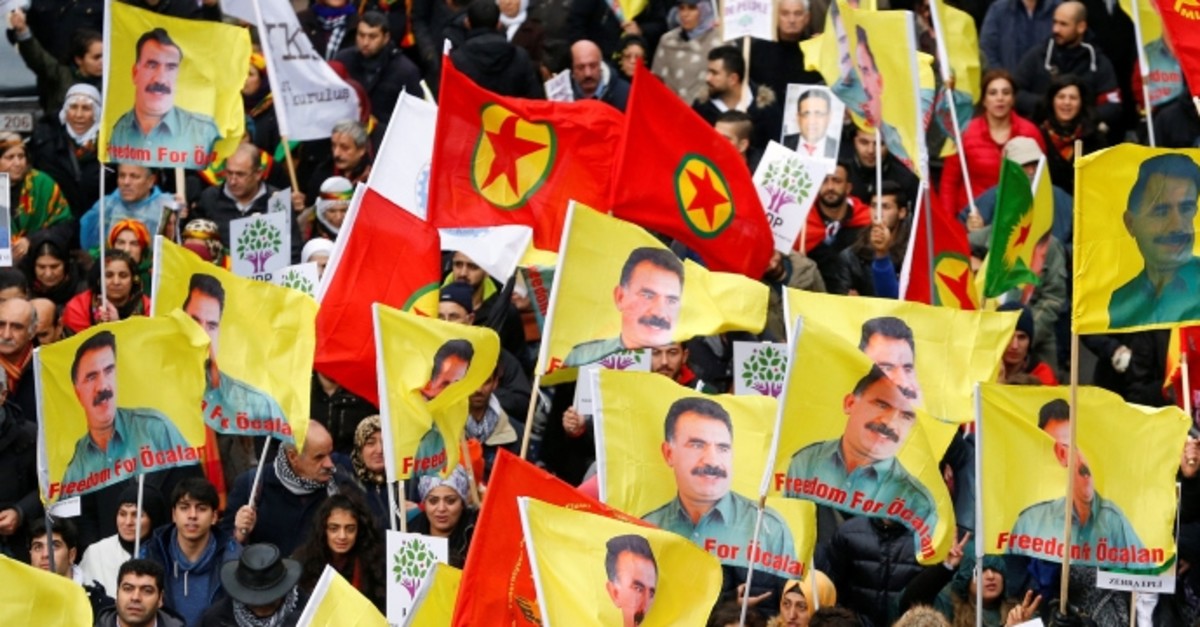 The PKK terrorist organization has been collaborating with the Peoples' Democratic Party (HDP) to forcibly recruit civilians, a terrorist who surrendered to Turkish security forces has confessed.

The terrorist, identified only by his initials as S.T. for security reasons, had surrendered to gendarmerie forces in southeastern Diyarbakır province and told them about his past four years with the terrorist organization.

S.T. said he had been first sent to the provincial offices of the HDP in Istanbul and stayed in a secret room on the upper floor of the building for six days, adding: ''Later I was sent to their offices in Diyarbakır. I stayed in rural areas with the PKK in Diyarbakır, [southeastern province of Şırnak, Syria and Iraq."

''In the HDP building, newly recruited ones are sent to the PKK with notes. Those who write the instructions and notes usually stay at the HDP. In the HDP, those who seem like the 'tea-makers' are actually the ones who have the authority," S.T. claimed.

"The HDP is the legal party of the terrorist organization the PKK, an ideologically affiliated party," he said, adding: "In a rural area, I saw that a group of six people, including HDP lawmakers, came to meet with the Diyarbakır representative of the organization. This is the most significant example of the link between the HDP and the PKK."

Referring to the sit-in protests in Diyarbakır outside the provincial offices of the HDP, S.T. said: "if HDP officials want, they can help young people get back from the mountains, as the HDP is the legal structure of the organization."

"Young people on the mountains want to come back and escape from the camps. Therefore, the protest of the mothers should be supported," he added.

The protest started on Sept. 3 after a mother, Fevziye Çetinkaya, said her 17-year-old son was forcibly recruited by the PKK through members HDP.

People who provide information and financial support to the PKK terrorist organization generally live in villages, S.T. said and added: "These militias willingly help the terror organization, meeting all the needs of the members of such as food and medicine. They mostly grow marijuana and raise livestock."

S.T. said he is happy to move on with his life and start a new chapter.

" I was on the brink of death but I am with my family now," he added.