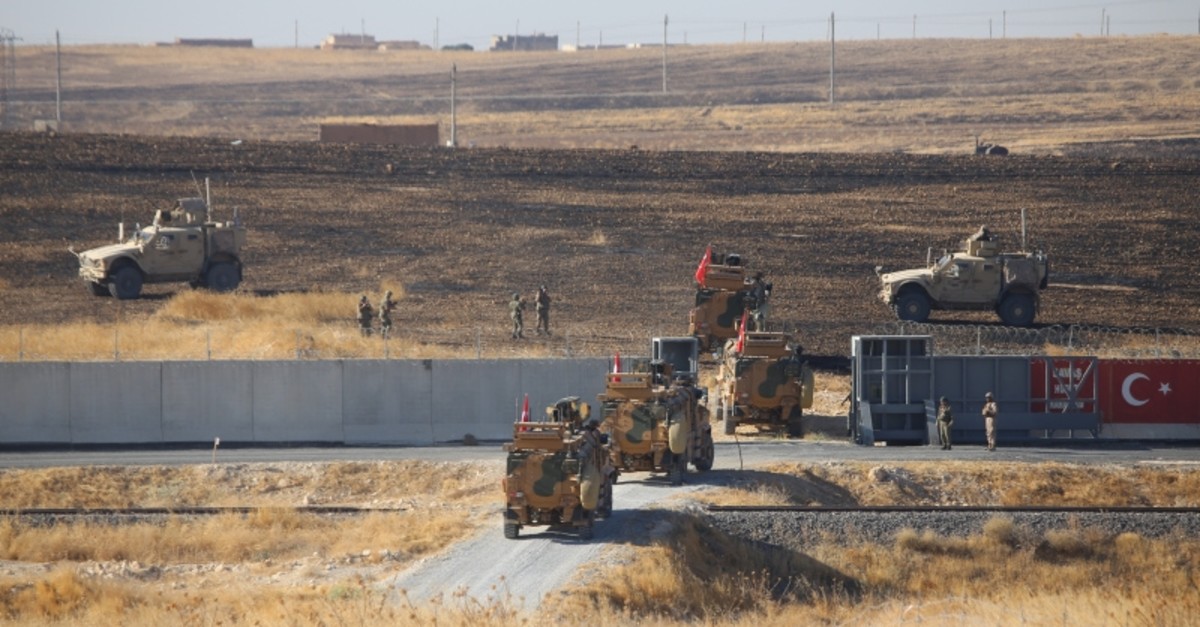 U.S. and Turkish troops conducted their second joint ground patrol on Tuesday within a planned safe zone in northern Syria, along the Syrian-Turkish border.

A convoy of four armored Turkish Armed Forces vehicles in southeastern Şanlıurfa province crossed the border and met with a U.S. military convoy to join the joint land patrol.

Turkish and U.S. forces are set to conduct a land patrol in the Syrian town of Tal Abyad.

U.S. and Turkish troops conducted their first joint ground patrol for the zone on Sept. 9.

The agreement also envisaged setting up necessary security measures to address Turkey's security concerns, including clearing the zone of the PKK-affiliated People's Protection Units (YPG), a group the U.S. has sometimes allied with, in spite of Turkey's objections.

Turkey has long championed the idea of terrorist-free safe zones in Syria. It has stressed ridding the area of the terrorist YPG, as well as resettling Syrian migrants currently sheltered in Turkey.

Accordingly, President Recep Tayyip Erdoğan and Defense Minister Hulusi Akar announced that Turkey was ready to conduct a unilateral offensive in northern Syria if the U.S. once again resorts to stalling tactics while continuing to work with the YPG under the pretext of fighting Daesh.