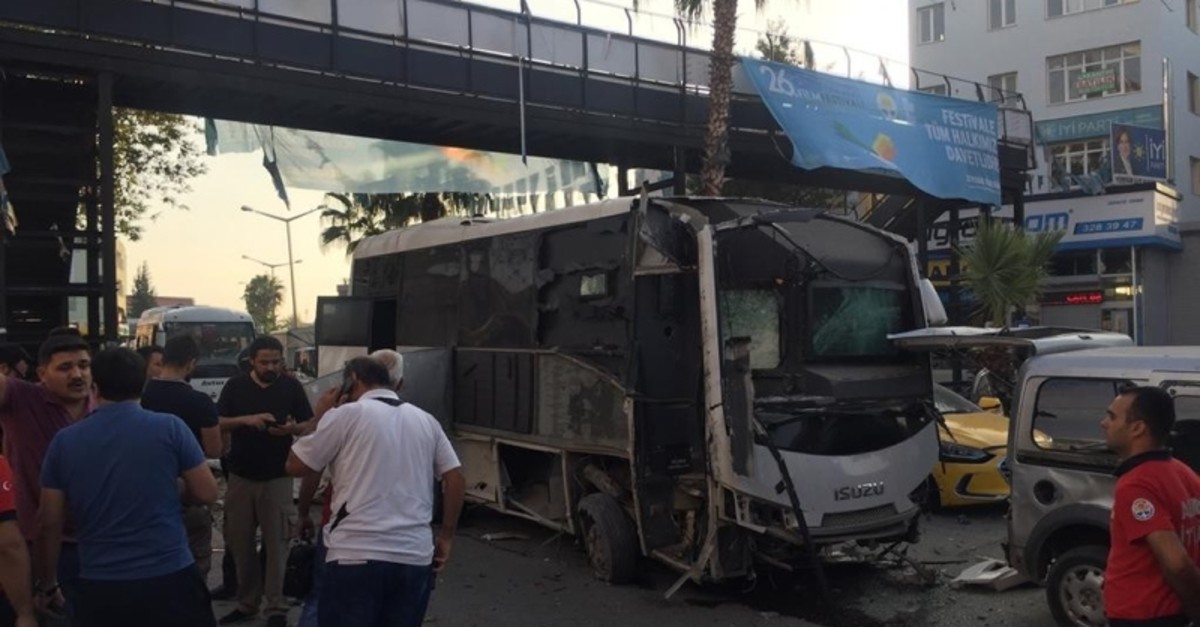 Five people were injured after an improvised explosive device (IED) planted on a road detonated in southern Turkey's Adana on Wednesday.

The bomb went off in Adana's Yüreğir district as a bus carrying police was passing by.

Adana Governor Mahmut Demirtaş said four civilians and a policeman were injured in the attack and that the condition of the injured was not critical.

According to the initial assessment, several vehicles and buildings nearby were also damaged after the blast.

Large number of security forces were dispatched to the scene and an official investigation was launched to find the culprits behind the attack.