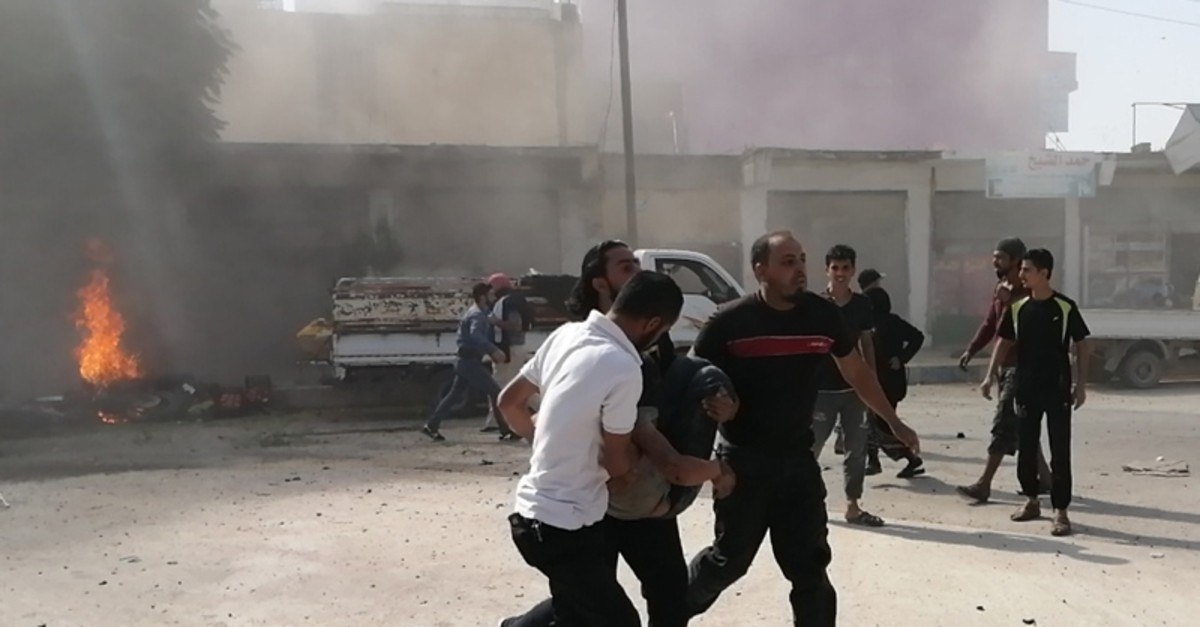 At least four people, including civilians, were injured when a car bomb exploded Saturday in the Syrian opposition-controlled town Jarablus.

Security forces noted that preliminary examinations indicate that the attack might have been carried out by People's Protection Units (YPG), the PKK terrorist organization's affiliate in Syria.

Meanwhile, some 16 civilians were also injured in simultaneous attacks carried out by explosive-laden motorcycles in areas in northern Syria in the early hours of the day.

Jarablus was liberated from Daesh terrorists by Turkey's Operation Euphrates Shield in September 2016. The operation, which concluded on March 2017, was meant to clear terrorists from areas of Syria bordering Turkey.

The town of Manbij and its surrounding area have been controlled by the U.S.-backed Syrian Democratic Forces (SDF), which is dominated by the YPG terrorist group, since August 2016 after ousting Daesh terrorists who captured the town from the moderate opposition in January 2014.